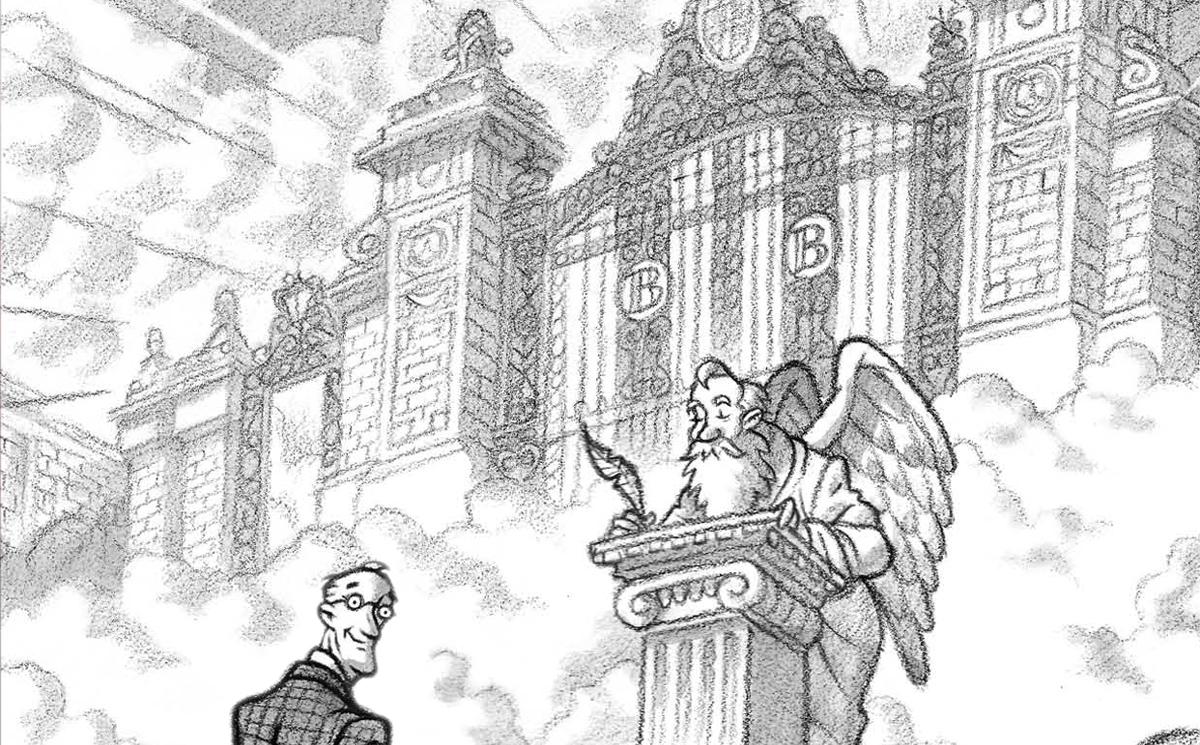 As late August appears and a chill comes into the evening air, many of us begin to think about returning to school. Perhaps we are buying school supplies or ironing uniforms for our own children. Perhaps our first grandchild is headed to college. Perhaps you, reader, have just arrived on the Brown campus for the first time.

In recognition of Brown’s 250th anniversary, fifty noteworthy authors, alumni from the 1950s to the 2000s, contributed their thoughts on their experiences here to The Brown Reader: 50 Writers Remember College Hill, an anthology of essays, poems, and artwork, edited by Judy Sternlight '82. While the stories focus on a wide range of topics from academics to relationships to politics, many touch on those moments of personal connection to Brown, either arriving for the first time or returning after many years.

In reminiscing about their first days at Brown, many authors note their feelings of uncertainty. Others write of certainty about themselves and their path at Brown that would soon be challenged:

“That day, in an attempt at sophistication, I had worn high-heeled shoes, clearly a mistake, I had realized, navigating the hill. But the tough walking had not dimmed my enthusiasm, and College Hill had loomed since then, throughout the days of bitter arguments with my father, as the one place I wanted to be, the place where my intellectual life would begin.”
–Lois Lowry (’58), Train Rides

“This was 1981, and I was in my first few weeks at Brown—my first few weeks outside my home country of India as a student in the two-year-old computer science department. So new to it all, I was still extrapolating with faultless logic from the word ‘undergrad’ to tell people that I was a ‘new grad.’ I couldn’t understand why they looked bemused. I caught on, eventually: ‘Undergrad,’ but ‘grad student.’”
–Dilip D'Souza (’84 ScM), The Wheel of the Fuji Goes Round

“Just out my dormitory door were the bars and boutiques of Thayer Street, the café tables sitting in the cold sun late into October. One of the first things I did upon my arrival at Brown was to take up coffee and cigarettes. These, plus Anne Sexton’s Complete Poems, were my accouterments as I ploddingly set about becoming the woman I’d always known I was.”
–Amity Gaige (’95), You

Back to School Slideshow 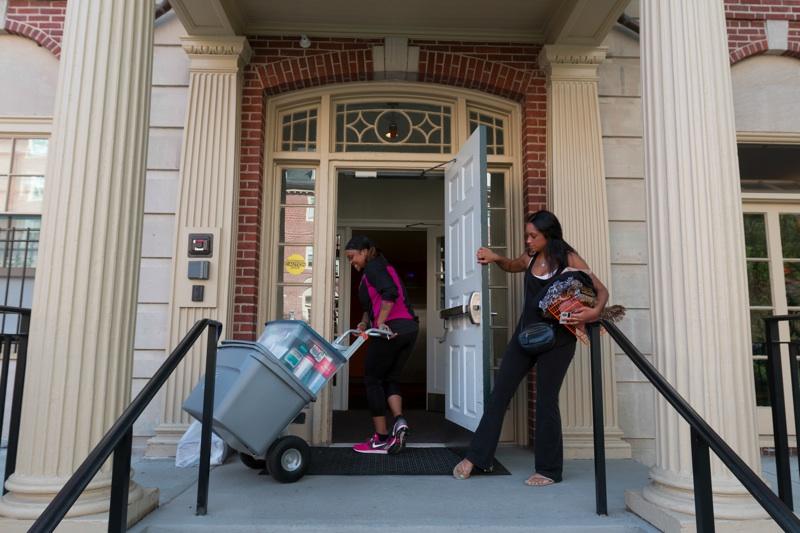 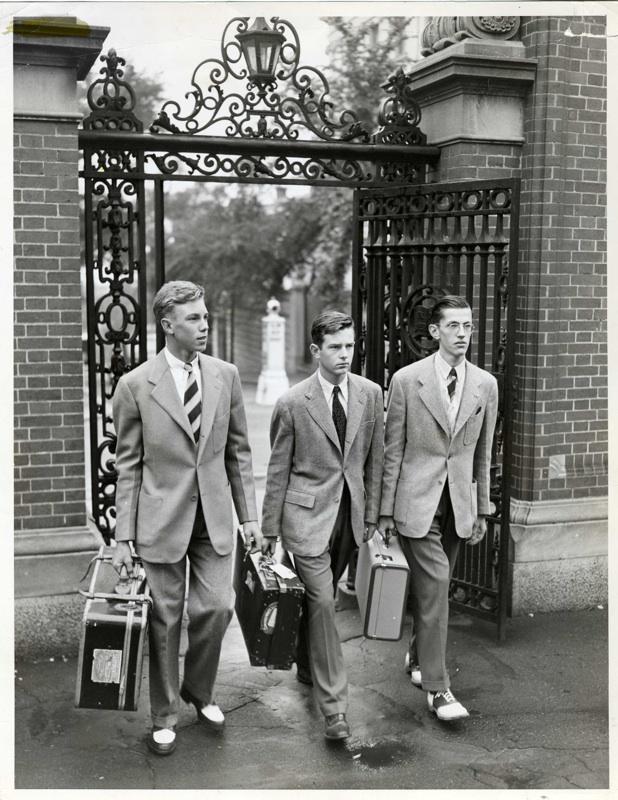 Students next to the Van Wickle Gates, 1942. 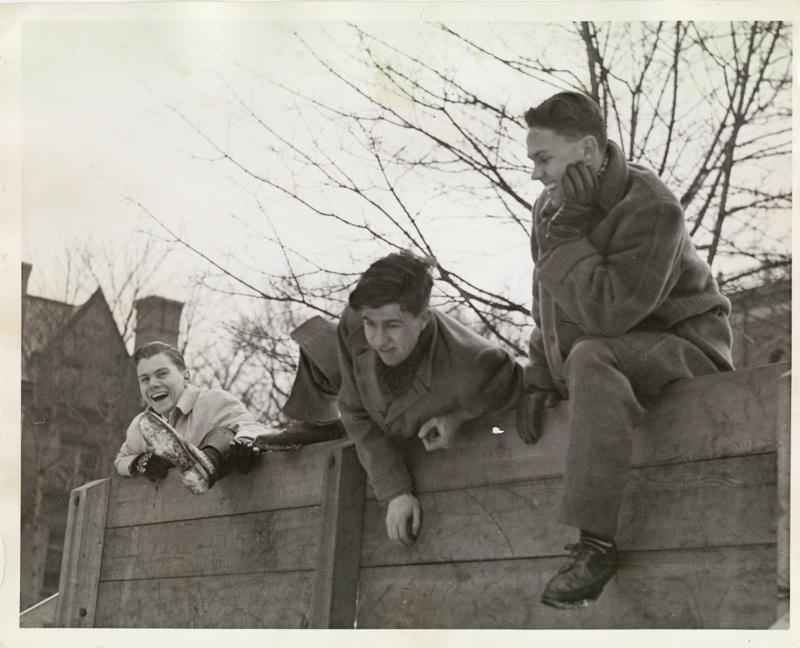 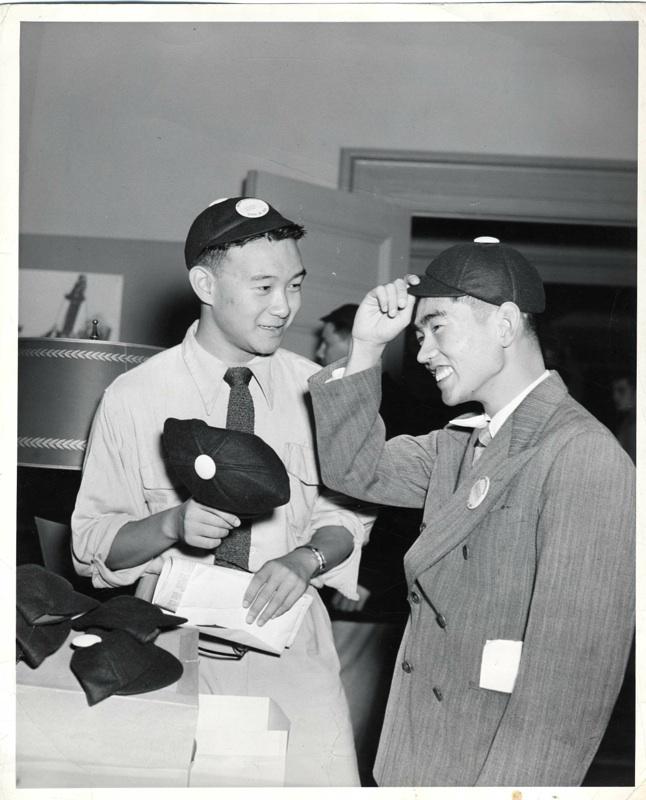 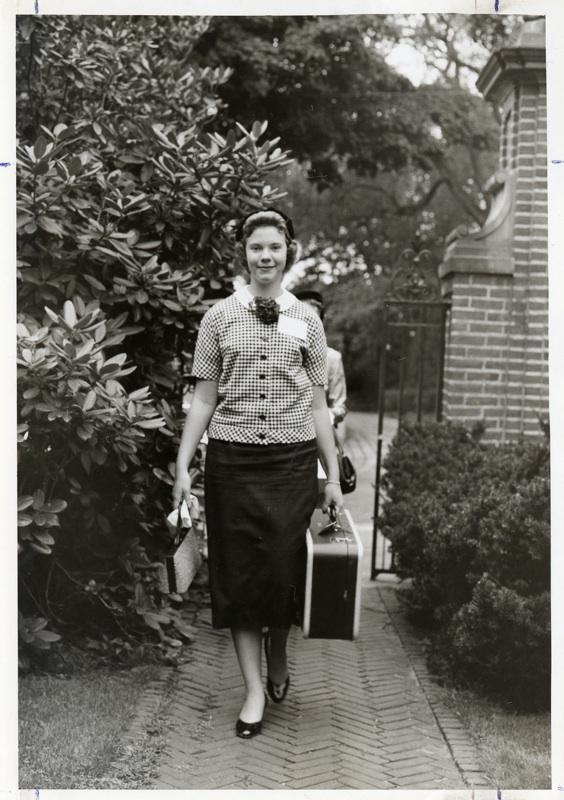 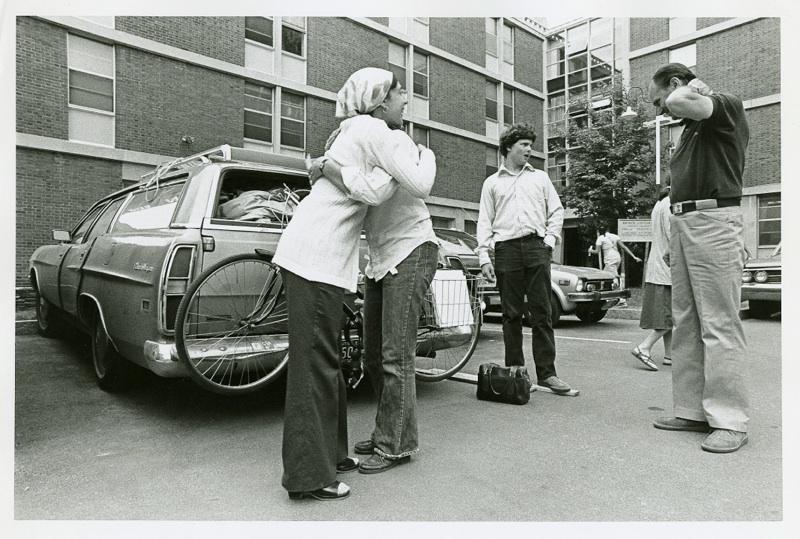 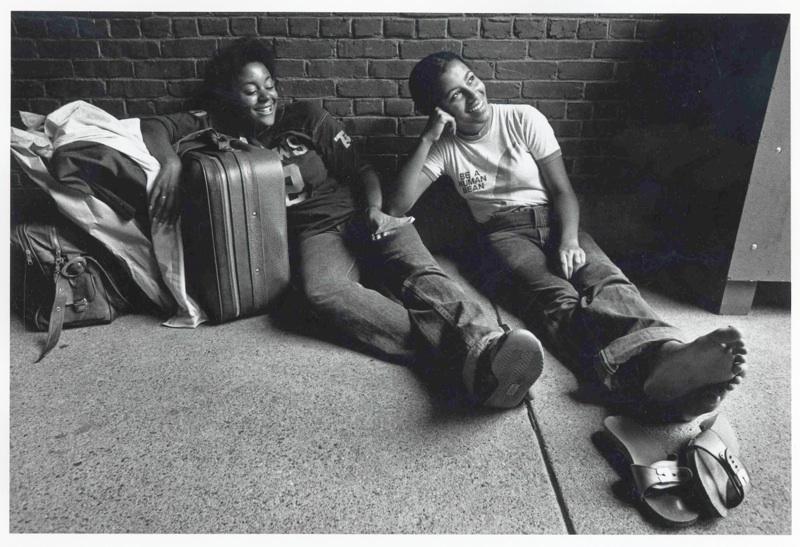 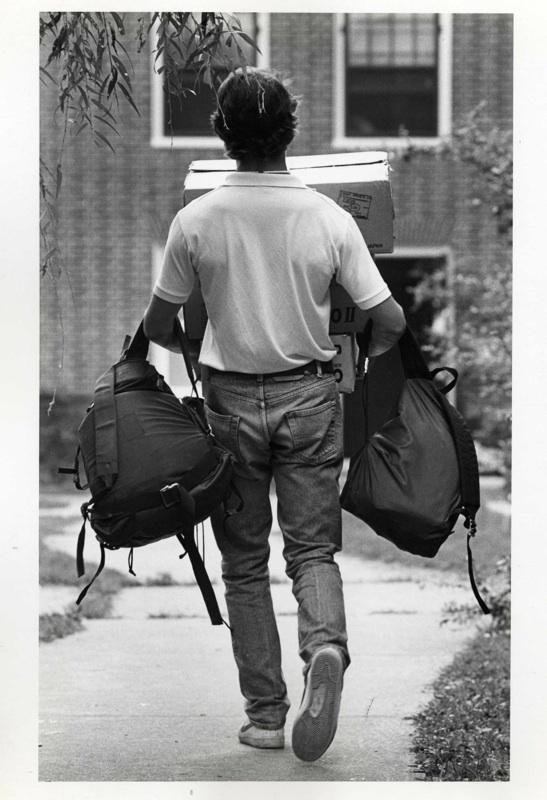 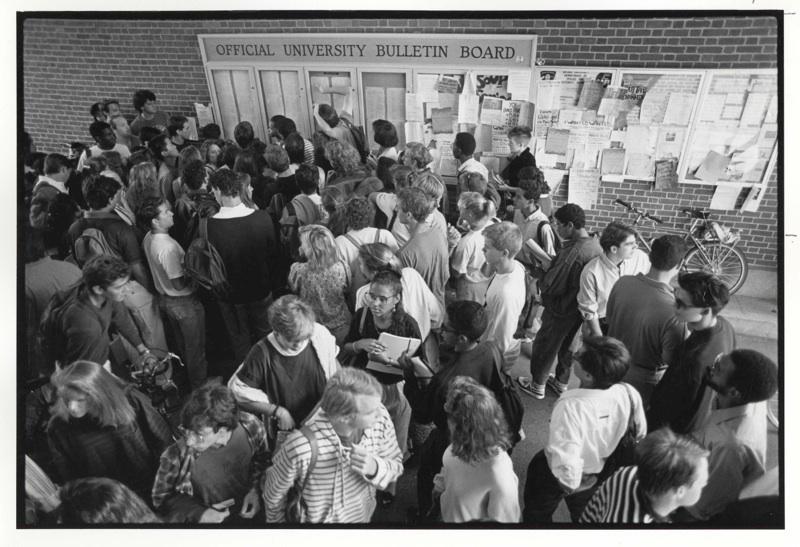 Students check the bulletin board for class locations, 1989. 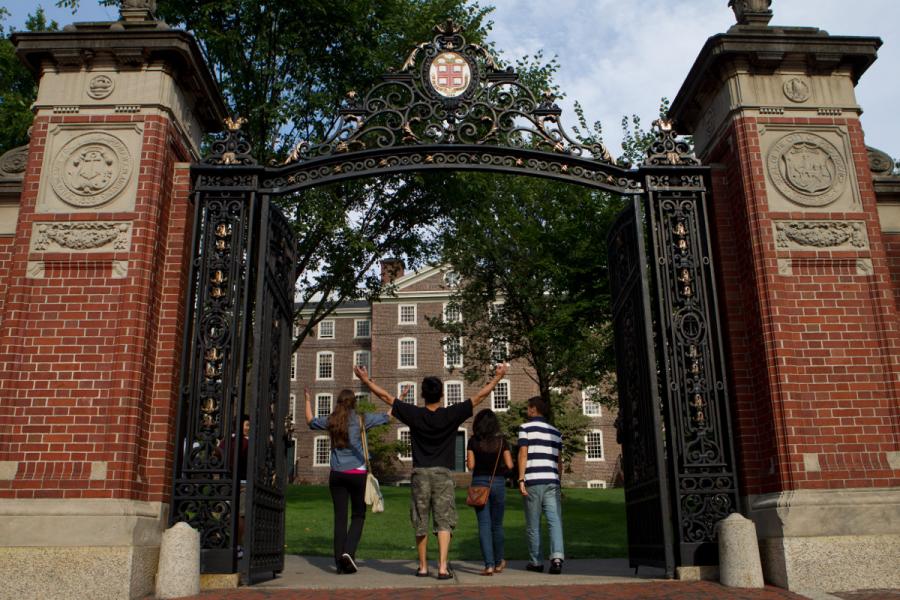 Students enter the University by walking through the Van Wickle Gates during Convocation 2012. 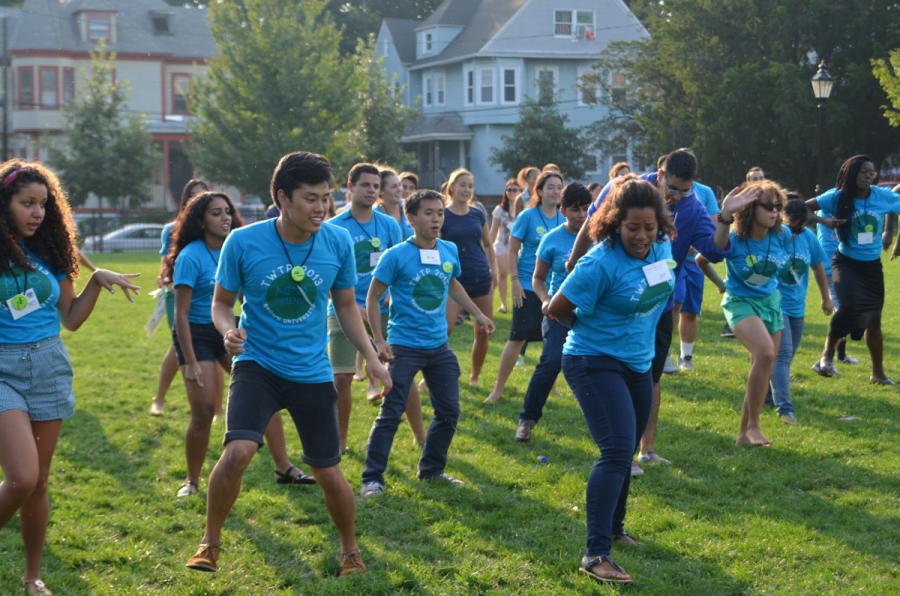 An orientation event held by the Third World Center, outside on Pembroke Field, 2013. 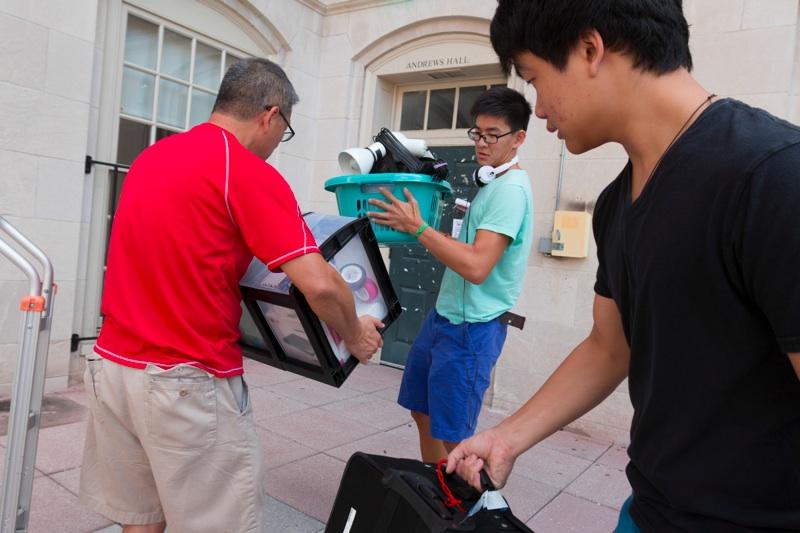 In recalling those early days on campus, Brown Reader authors describe friends, classes, and getting into the groove of college life. But mostly, they write about early and intense transformative experiences, recalling with vivid detail memories of those early days of the Brown experience that have stayed with them for decades:

“It was during this time that I learned one of the most important lessons that Brown University can teach: Being yourself is more important than anything else. And dichotomy is ok because one extreme does not have to preclude another. I was African-American and Jewish. I was a member of a Black sorority yet my best friend was Asian. I loved both hip hop and classic rock. I liked hiking and camping and I also loved to go clubbing in New York City. And I loved my white boyfriend (and white father, for that matter) but never had any doubt about my black identity.”
–Amy DuBois Barnett (’91), What Are You, Anyway?

“It is common to tell kids that they are all special snowflakes, then in the same breath tell them to sit their special snowflake-asses down and learn the same way as everyone else. Not at Brown. I did over half my education as independent study. Took time off. Wrote a book. Developed a non-profit. Went to a naked party and wrote about it for a literary theory class. At Brown, I wasn’t the dumb kid any more. I learned that I never was.”
–Jonathan Mooney (’00), The Dyslexic Brain Kicks Ass

“Looking back, the whole thing seems so improbable. Everything that happened seemed like a series of happy accidents. Brown was teaching me that this is how the world works. One thing leads to another. I started thinking that maybe I could make a living doing this—or something like this.”
–Mara Liasson (’77), How I Became a Freelance Writer at Brown

And what of those returning after many years have passed? Finding oneself again in a place as emotionally charged as the Brown campus brings a blend of memories, wistful feelings, and the pervasive feeling of both continuity and change on that familiar ground:

“In the fall of 2012, I returned as a visiting lecturer. I hadn’t been back for more than an evening or an afternoon since graduation. As a teacher walking that same sidewalk down Brown Street last fall, I had vivid, nostalgic flashbacks: of sitting on the grass with friends, of watching from the high windows of the Pembroke Library as a boy I had a crush on walked up Meeting Street…”
–Susan Cheever (’65), The Day President John F. Kennedy Died

“Having returned a few times in later years to speak to classes, I am impressed at how much more sophisticated and intelligent the Brown students seem to me today. All to the good, of course. I now believe that Brown lives up to its reputation as a top-quality school, even though, in my perhaps arrogant and overly demanding youth, I was not at all convinced.”
–Richard Foreman (’59), Did I Really Found Production Workshop?

“Over the thirty-two years since I graduated from Brown, whenever I’ve had reason to go back I’ve felt a familiar, reactive sensation that seems comprised of those same strains of excitement and loneliness, in equal parts.”
–Meg Wolitzer (’81), Sleepwalking at Brown

The pages of the Brown Reader are sprinkled with that indefinable stuff that makes up the Brown difference. Leafing through the pages, you will also find a healthy dose of that universal blend of nostalgia, nerves, and promise that imbues back-to-school time for all of us.

The Brown Reader may be purchased at the Brown Bookstore, through national booksellers, and on Amazon.com. Read the New York Times' review of The Brown Reader.

The cover illustration, "In Brunensis Speramus," is a contribution to The Brown Reader by Sean Kelly '84.