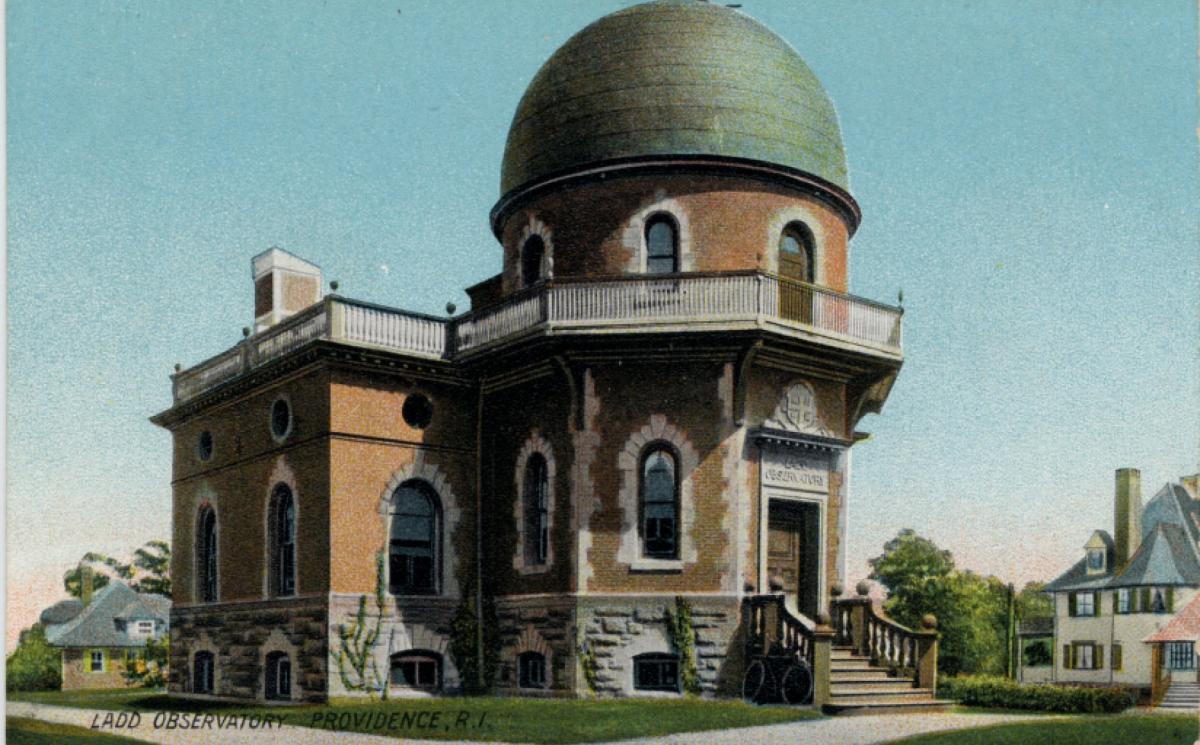 The Ladd Observatory, a Jewel in Brown’s Crown
by David Targan
@LaddObs
SHARE

For more than 120 years, Ladd Observatory has inspired students of all ages.

A meticulously preserved Victorian-era observatory, Ladd is a superb example of an intact 19th century observatory, fully functional and open to the public for viewing the night sky. Ladd’s scientific instruments are in excellent working condition. And the collection is well regarded.  For example, Ladd instruments have been loaned to the Smithsonian to be included in exhibits about timekeeping and navigation at the Smithsonian’s National Air and Space Museum.

The Ladd Observatory was constructed in 1890-91 and opened in October 1891 under the direction of Professor Winslow Upton. Upton, who received his training at Brown and Harvard, had come to Brown with a promise that an observatory would be built for the University. When no progress was made, he indicated that he might leave Brown; however, in 1889, Governor Herbert Warren Ladd announced that he would donate the funds to fulfill Brown’s promise to Upton.

Initial plans called for construction of the observatory on the College Green, but the site at the corner of Doyle and Hope Streets, one of the highest points in Providence, was ultimately chosen due to the dark skies associated with the (then) rural area of Providence.

Ladd Observatory through the years 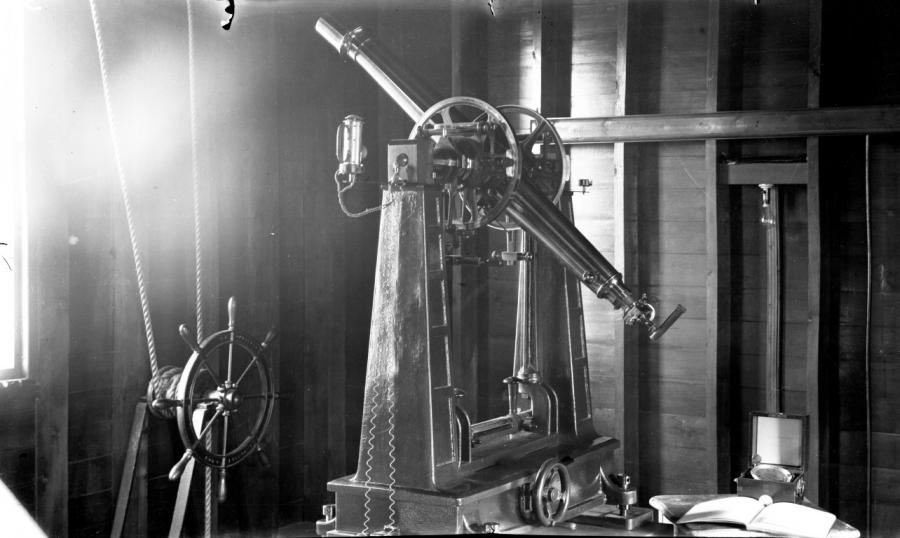 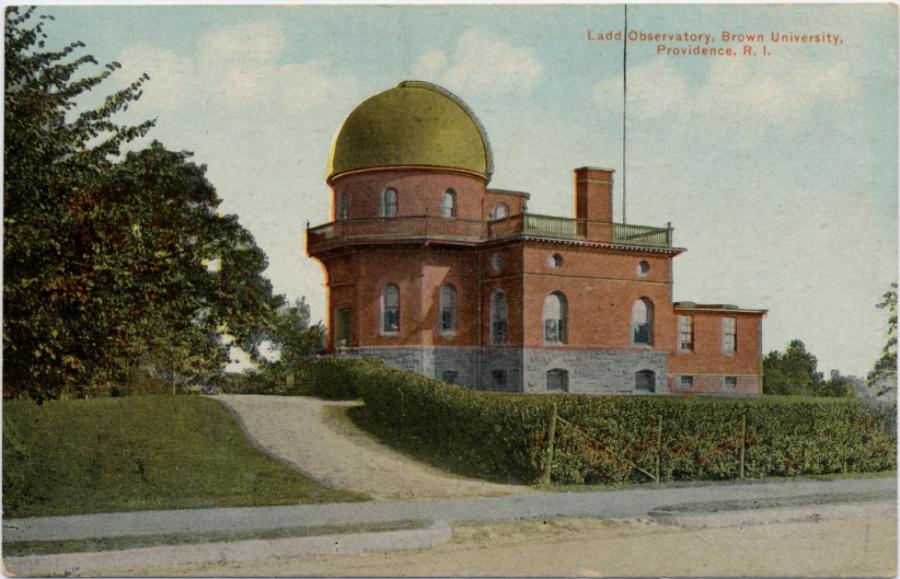 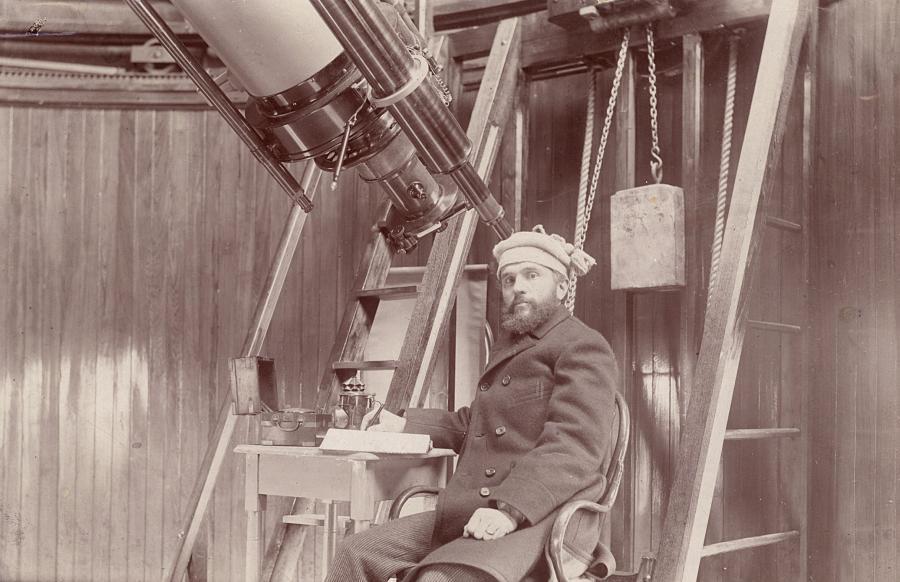 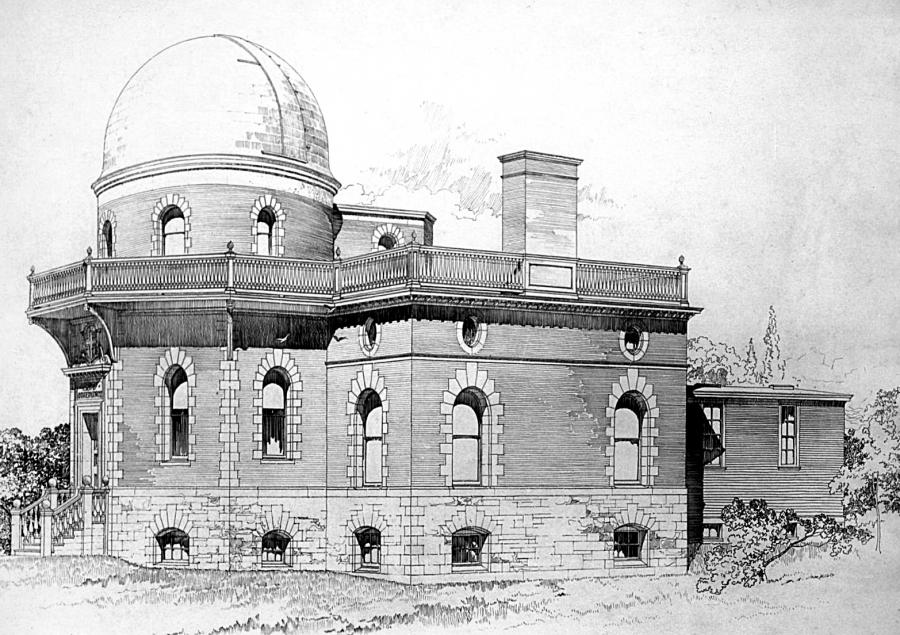 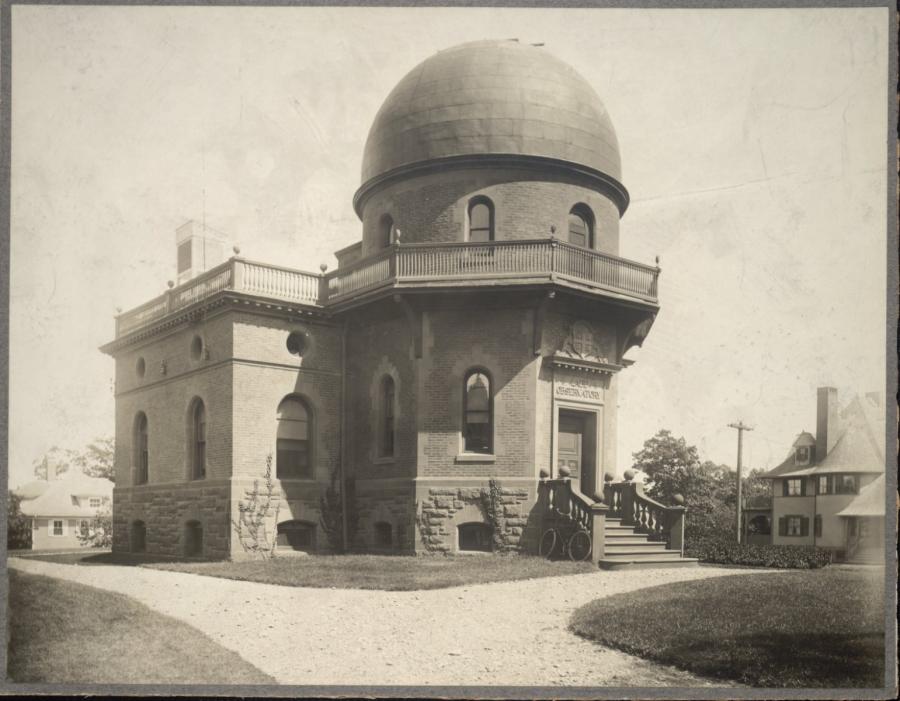 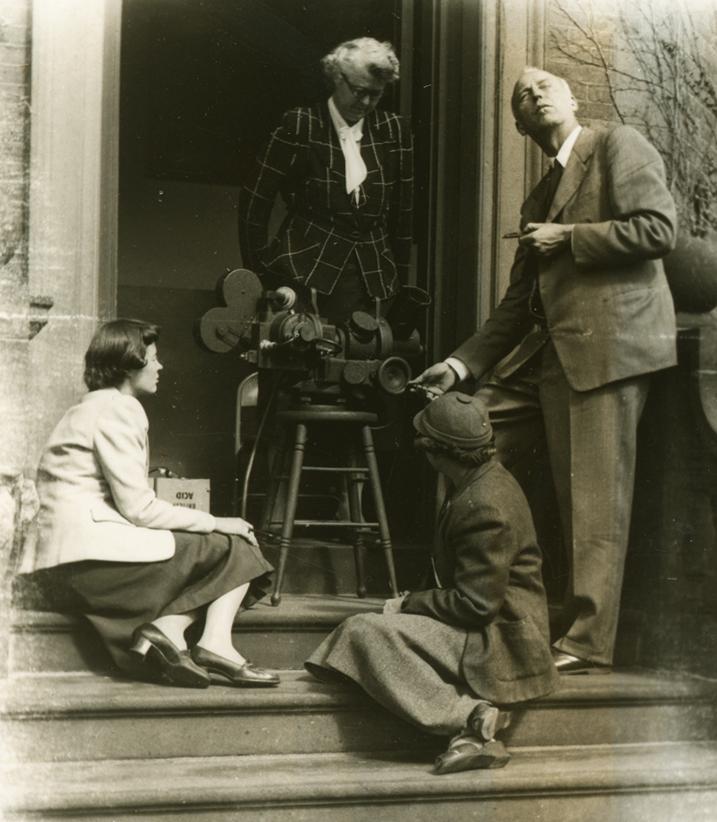 A regular program of transit observations and timekeeping was started in 1893. Ladd’s clocks were set by making observations of stars as they transited the meridian (an imaginary circle that divides the East and West halves of the night sky) and then adjusting the clocks based on those precise observations. A “time signal” was sent to a central station in Providence, and distributed via telegraph wire to clocks in the area. This timekeeping service was essential for manufacturing, railroad operations and navigation. Soon after the service was made available, the U.S. Naval Observatory in Washington, D.C. provided a national time signal that was equally useful. Nevertheless, Rhode Islanders preferred to set their clocks with the time signal coming from Ladd. This signal was utilized for many decades after the U.S. government provided a standard signal via telegraph, and later, using shortwave radio signals.

Professor Charles Smiley, famous for his observations of solar eclipses, became director of Ladd Observatory in 1938, a position he held for nearly four decades. Associate Dean of the College David Targan is the current director (2014).

With few exceptions, Ladd has remained open to the public on a weekly basis since 1891. Programming for the public consists of lectures, tours, viewing through telescopes and special events during the year that occur in conjunction with events in the sky such as comets, supernovae and oppositions of the planets.

Carefully designed programming, high quality exhibits, proper maintenance of the antique instruments and well-trained staff have propelled Ladd to pre-eminent stature as one of the country’s leading working public observatories, where students and members of the public learn about the sky first-hand and understand the connection between the stars, the universe and themselves.

Today, Astronomy classes in the Department of Physics use the rooftop observatory at Barrus and Holley to learn about modern astronomical techniques, making observations and calculations using the latest astronomical instruments. They come to Ladd Observatory to compare the techniques and capabilities of a modern telescope with those that were available to astronomers in the 19th century. Ladd plays a fundamental role in providing historical context for the astronomy learned by Brown students because modern techniques build substantially on astrophysics techniques developed when Ladd opened in 1891. Students participate in labs held at both the Barus and Holly rooftop and at Ladd, and thus develop a deeper, first-hand sense of how we have come to know what we know about the universe.

Ladd also contributes significantly to the science education of the diverse socio-economic, ethnic and cultural population of Rhode Island. Ladd, along with the Children’s Museum and the Roger Williams Park Museum (including the zoo and Planetarium), are the three primary science education venues for people in Southeast New England, and our staff works closely with the staffs of these other facilities.

The Ladd Observatory is beloved by students and community alike. An extraordinary place, it is an architectural, historical, astronomical, cultural and educational jewel in the crown of Brown University.