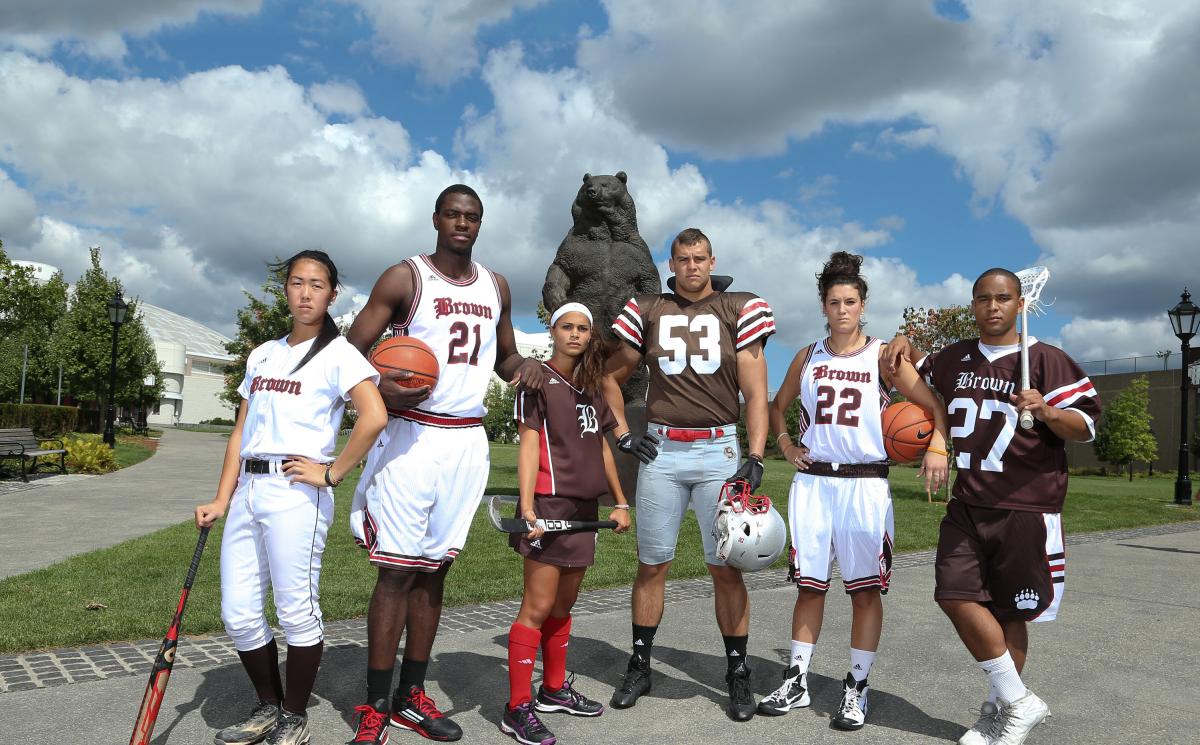 To commemorate Brown 250th Anniversary, Brown Athletics unveiled six teams were provided throwback uniforms for the 2014-15 season. Football opened the vintage season with the throwback jerseys for the night game against Harvard in front of nearly 14,000 fans on September 27th, 2014.

“We are excited to participate in this great celebration by wearing uniforms from past eras,” said Director of Athletics Jack Hayes.

“It is a special way to honor the rich history of Brown University and its athletics program. The games for which these uniforms will be worn will be fun events for the Brown community to enjoy. I know our student-athletes are looking forward to wearing them.”

Football was designed in honor of the famed 1976 Ivy Champions, Brown’s first in football, and is highlighted by the red and white stripes on the shoulders. The other five programs feature a gothic font across the front with color schemes and stripes similar to uniforms of the past, but with no exact model.  All athletes also received special practice jerseys featuring the 250th logo.

When Did The Jersey's Get Worn? 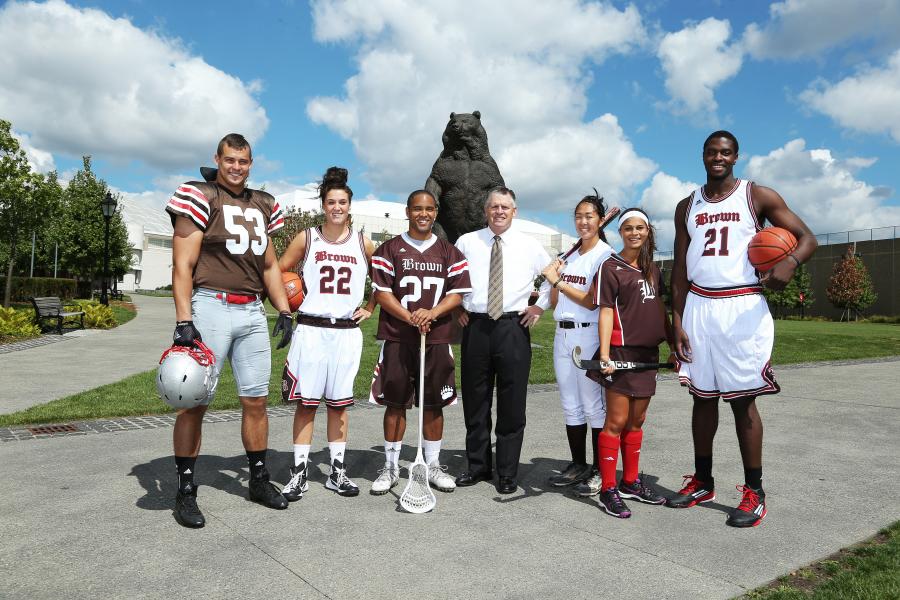 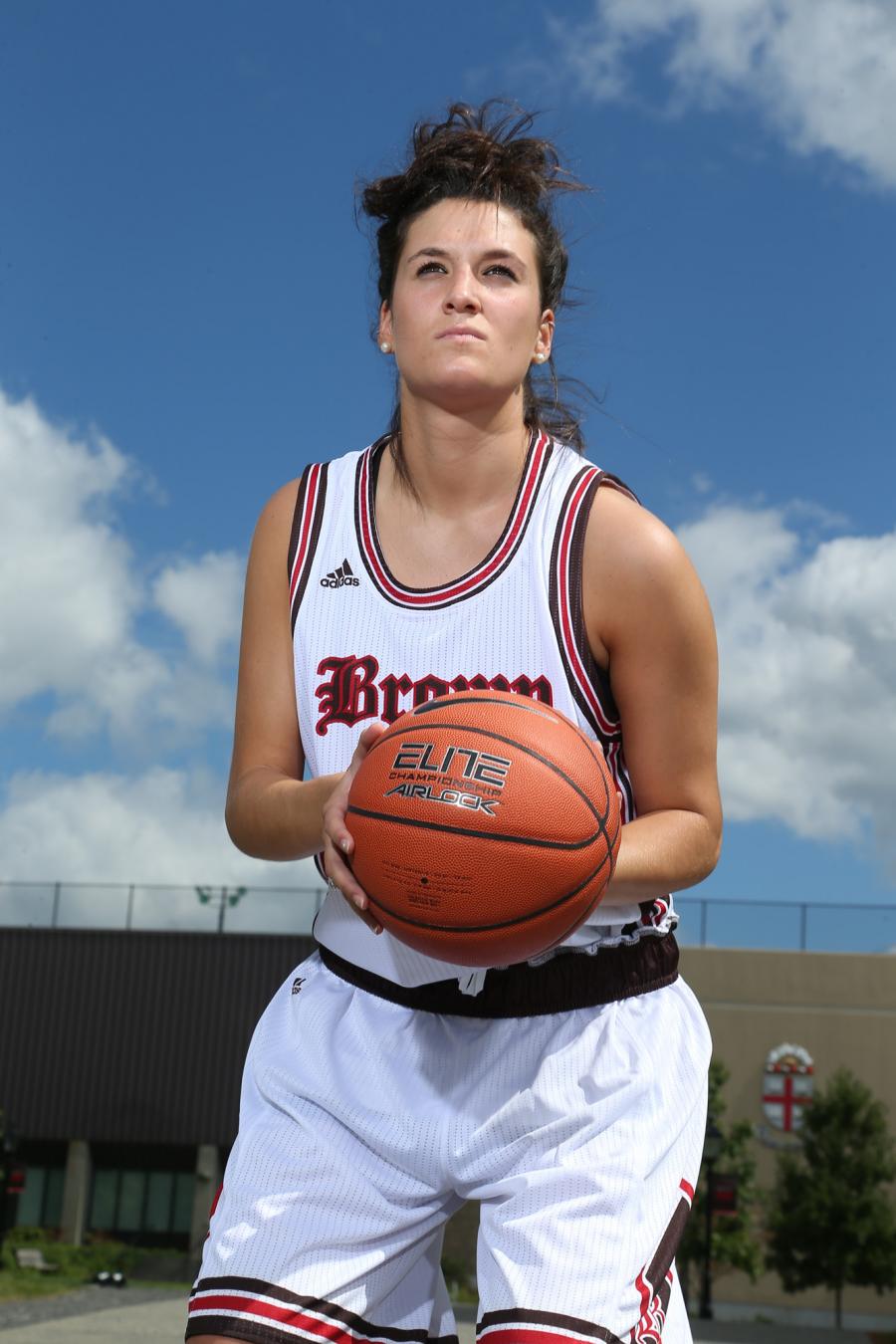 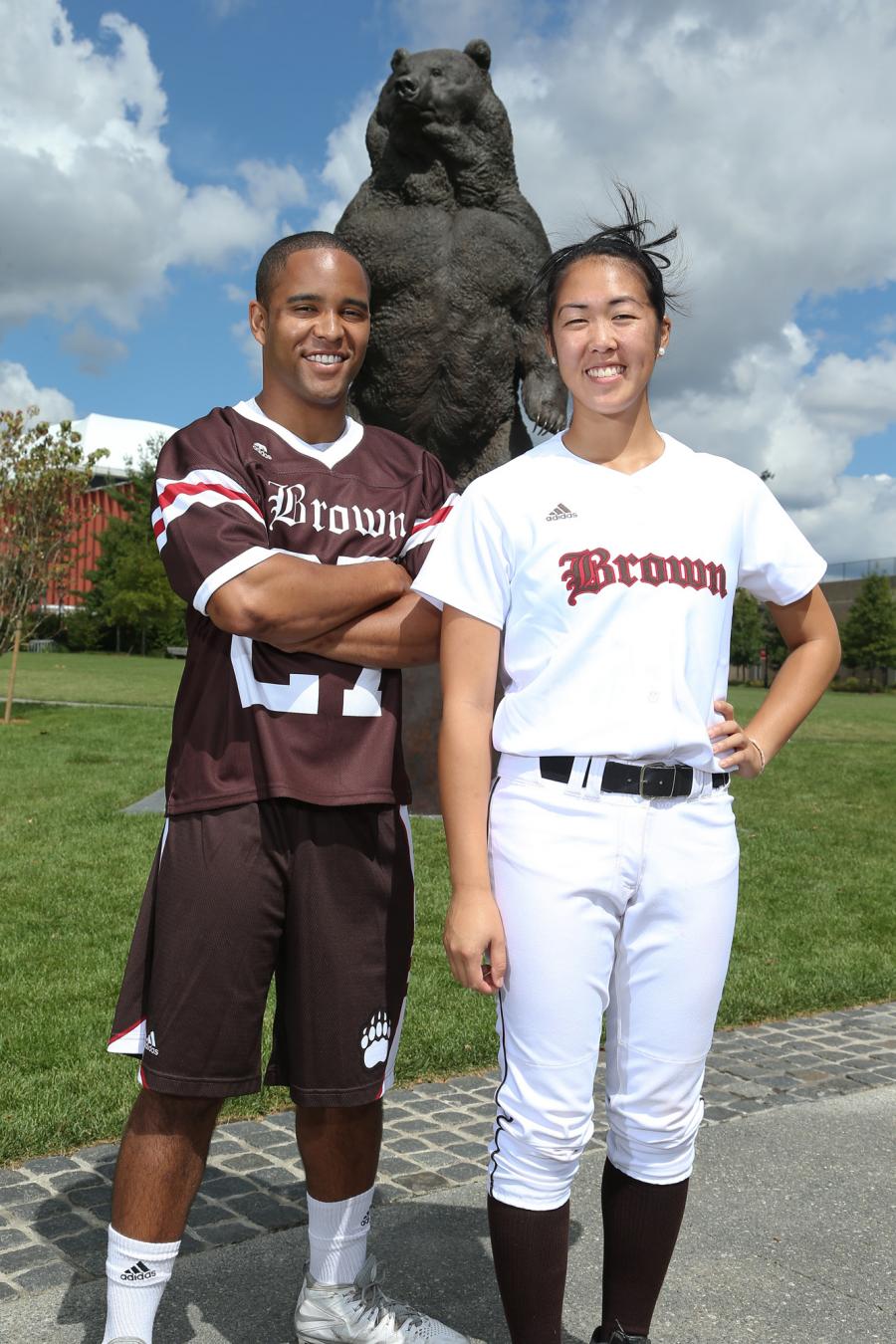 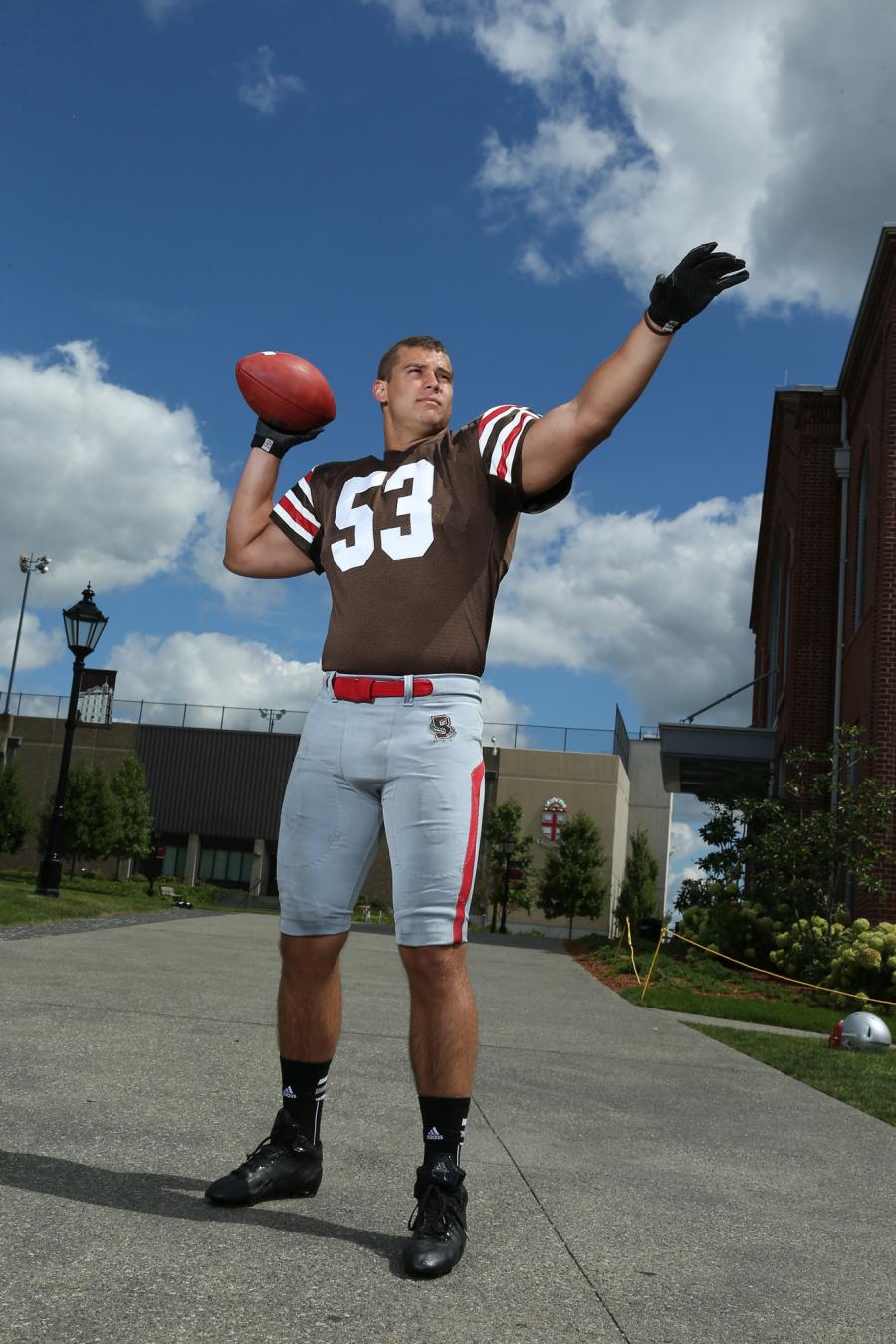 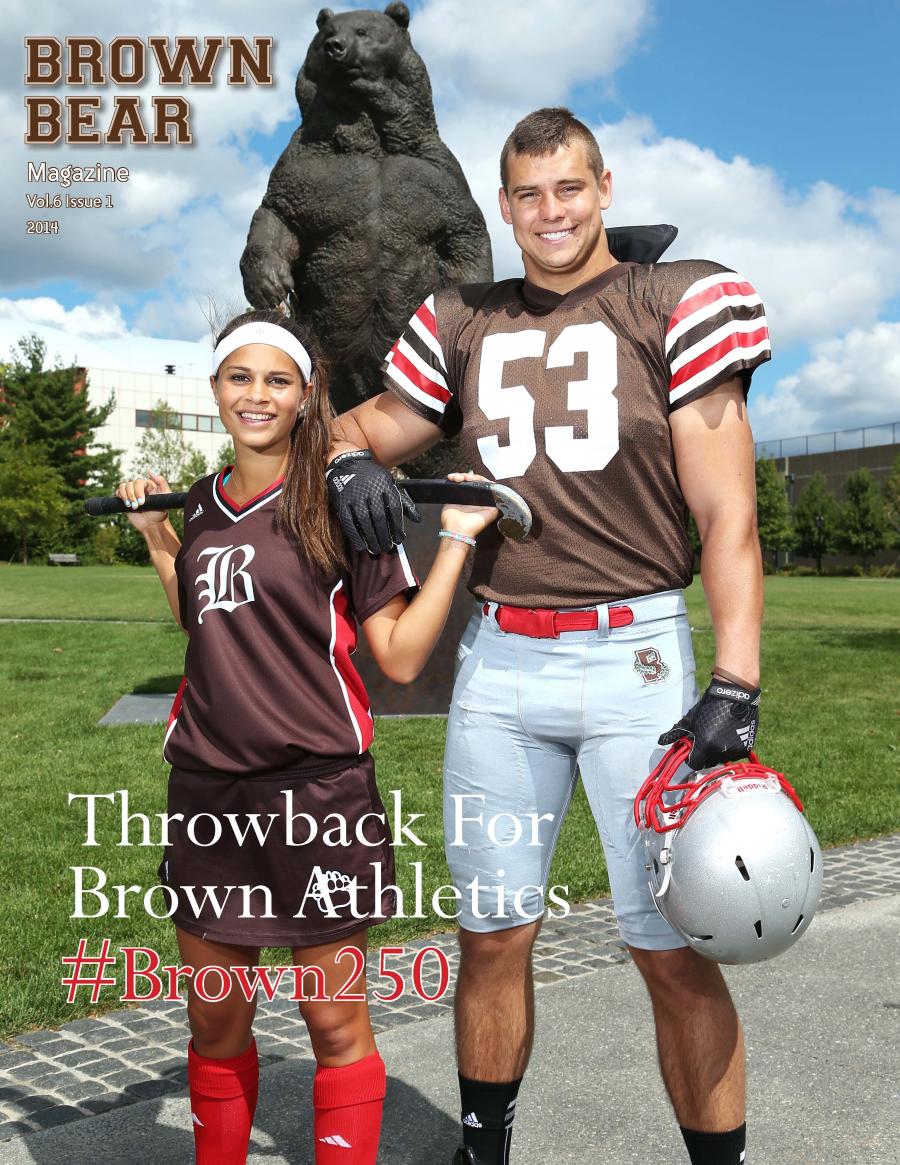