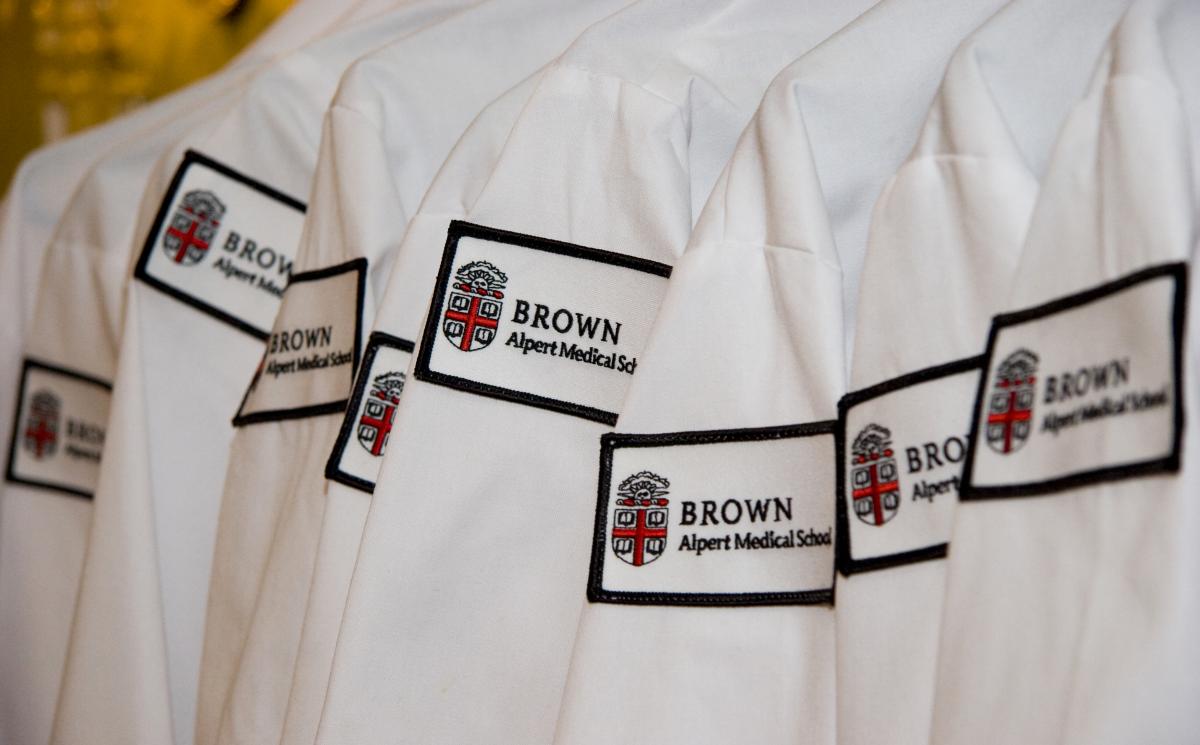 In 1811 Brown became the third university in the nation to offer academic medical education. In its brief 16-year history, this program attracted several illustrious teaching physicians who went on to play roles on the national scale, participating in the founding of the American Medical Association and helping set the first national standards for medical education. But in 1827, Brown’s president, Francis Wayland, convinced the Corporation to vote that thereafter no member of the faculty should receive his salary unless he occupied a room in the college and helped to preserve order among the students. As the medical professors depended on active medical practices for their livelihood, they were unable to comply with the condition of their employment at the college, and the medical school closed.

Public calls for reviving medical education at Brown began immediately, and continued for 136 years. Appeals came from ordinary Rhode Islanders, from physicians, from hospitals and from political leaders, all of whom recognized the benefits a medical school would bring to the state – in the caliber and scope of health care, in the number and expertise of physicians, in the growth of hospital programs and technologies and in the local economy.

In 1963, the first steps were taken to remove Rhode Island from the small roster of states without a medical school. Dr. Pierre Galletti, the University’s first Dean of Biology and Medicine, Dr. Milton Hamolsky, Chief of Medicine at Rhode Island Hospital, and Professor of Biology J. Walter Wilson were among the catalysts in the establishment of the Master of Medical Science program.

The program sparked immediate growth in the Brown faculty and in the staffs of collaborating hospitals, as joint appointments and new training programs were created. In 1972, a four-year medical program was launched, committed to reimagining medical education. Together, Dr. Stanley Aronson, founding Dean of Medicine, Dr. David Greer, Associate Dean (and later Second Dean), and a cohort of medical students and faculty designed a program to prepare physicians committed to excellence in patient care and guided by humanistic values – the foundation on which today’s Alpert Medical School is built.

On June 2, 1975, Brown University awarded Doctor of Medicine degrees to 58 students, 45 men and 13 women – the first medical class since the 1820s to pursue and complete academic medical studies and clinical training within Rhode Island’s borders.

In 2007, businessman and philanthropist Warren Alpert gave $100 million to support medicine at Brown. The school was renamed The Warren Alpert Medical School of Brown University. The Warren Alpert Foundation’s investments have provided scholarships to medical students, research and recruitment funds for top faculty, and most notably, in August 2011, made it possible for the school to move to its first dedicated home – a renovated factory in Providence’s Jewelry District.

Among the immediate benefits of the new building was the capacity to admit more students – increasing class size by 20 percent, to 120 – and to introduce new academic programs. A hub for medical education in Rhode Island, today the facility is host to conferences, symposia and events, in addition to boasting cutting-edge classrooms and research labs.

The Alpert Medical School attracts a highly diverse body of students who are among the best prepared and most talented in the nation. They collaborate with faculty in an educational experience that is grounded in an innovative competency-based curriculum, enriched by a vigorous research enterprise and shaped by the commitment to humanistic medicine that has been the school’s hallmark for four decades.