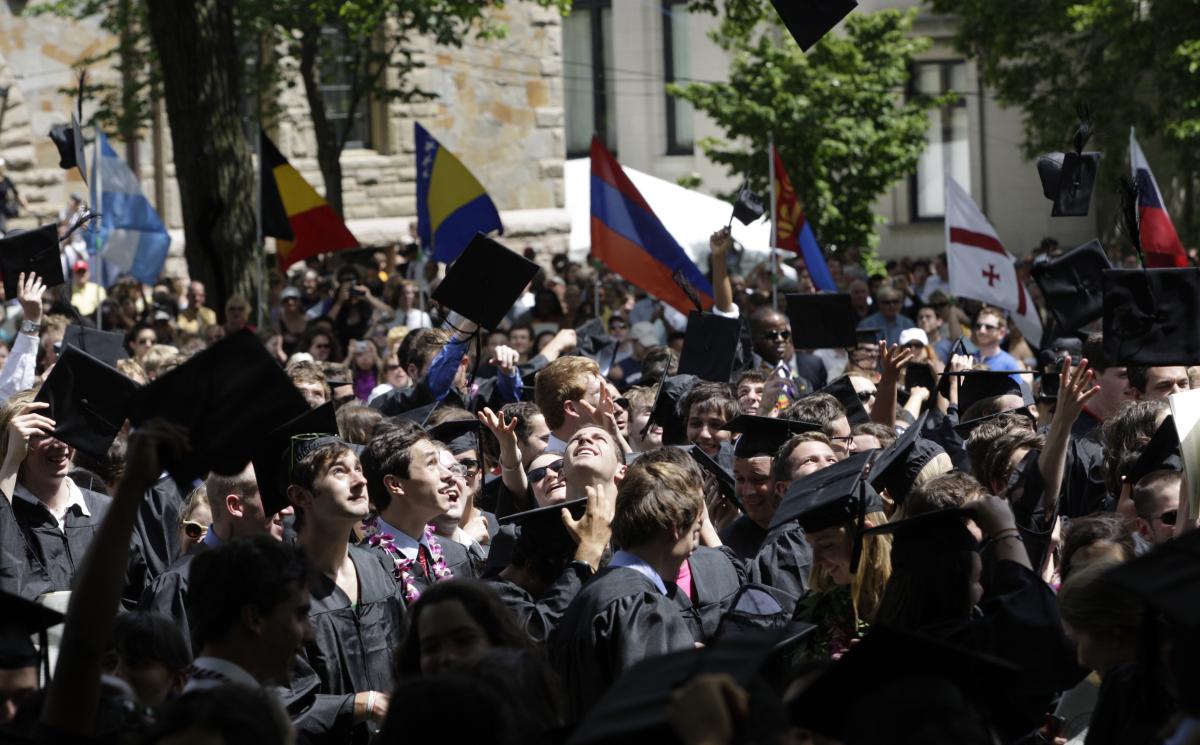 Brown and the World

The Globalization of an Institution
by Liza Cariaga-Lo
SHARE

The internationalization of the University began well before its centennial. Geronimo Urmeneta, Class of 1835, came from Chile to study at Brown and was the first graduate from Latin America. He went on to become a leading statesman and a founder of the modern wine industry in Chile. Sau Ahbrah, the first known Asian (and Southeast Asian) at Brown, arrived in 1873 from Henthada, Burma. In 1895, Heita Okada came from Tokyo by way of Worcester Academy. Julius Kumpei Matsumoto, a graduate of the University of Tokyo, earned a Master of Arts degree in 1894. He became a member of the Japanese parliament. His brother, Matsuzo Matsumoto, was a member of the undergraduate class of 1894. The first Korean student was Sang-Kyu Pak, class of 1905 (he later changed the spelling of his name to Pack). A Phi Beta Kappa graduate, Pack returned to Korea and became a prominent businessman, banker and landowner, as well as a member of the Representative Democratic Council of Korea. In 1906 the Chinese government sent forty students from Tien Tsin University to be educated in the United States; five studied at Brown but all later transferred. Other students from China came later—Chen Cheng Chong, Class of 1915, 1916 ScM, Liu Tsung-Fah, Class of 1915, Chun Ki Kee, Class of 1919, Lin Kuo-Hoa, Class of 1920, Wong Paak Kam, Class of 1923 and Chung Kam Tuk, Class of 1927. One family sent five members to Brown, Zue Sun Bien, Class of 1912, Fu Sun Bien, Class of 1917, Richard Pang-Nien Bien, Class of 1924, Paul Beh-Nien Bien, Class of 1928 and George Sung-Nien Bien, 1933 PhD, and one (Chu Nien Bien, Class of 1938) to Pembroke. In 1933, Kuo-P’ing Chou, Class of 1935, won the newly instituted Brown University scholarship offered at several Japanese and Chinese universities and came to Pembroke as a junior, transferring from Yenching University.

President Francis Wayland was instrumental in establishing Brown’s first global partnership with Keio University in Japan in 1867. The founder of Keio, Fukuzawa Yukichi, visited the United States and was hugely influenced by Wayland’s work, notably using two of his textbooks (Elements of Moral Philosophy and Elements of Political Economy) in the earliest courses offered at Keio. Keio University continues to hold an annual Wayland Day, with special lectures and seminars commemorating this historic partnership that would have a lasting influence on the University. In conjunction with Brown’s 250th Anniversary, and in recognition of this partnership, dignitaries from Keio University visited Brown in March 2014.

Today, Brown engages in many global partnerships, in places like Armenia, Brazil, China, Cuba, India, Japan, South Africa, Spain, Tanzania and the United Kingdom. In the fall of 2013, roughly 17% of our undergraduate, graduate and medical students at Brown self-identified as international students. The undergraduate population includes approximately 12% international students. Beyond these partnerships and participation of students who come from more than 100 different countries, Brown has also sought to play a critical role in providing solutions to global problems through research, teaching, and community outreach, in countries around the world, as well as in our immigrant communities here in the US.