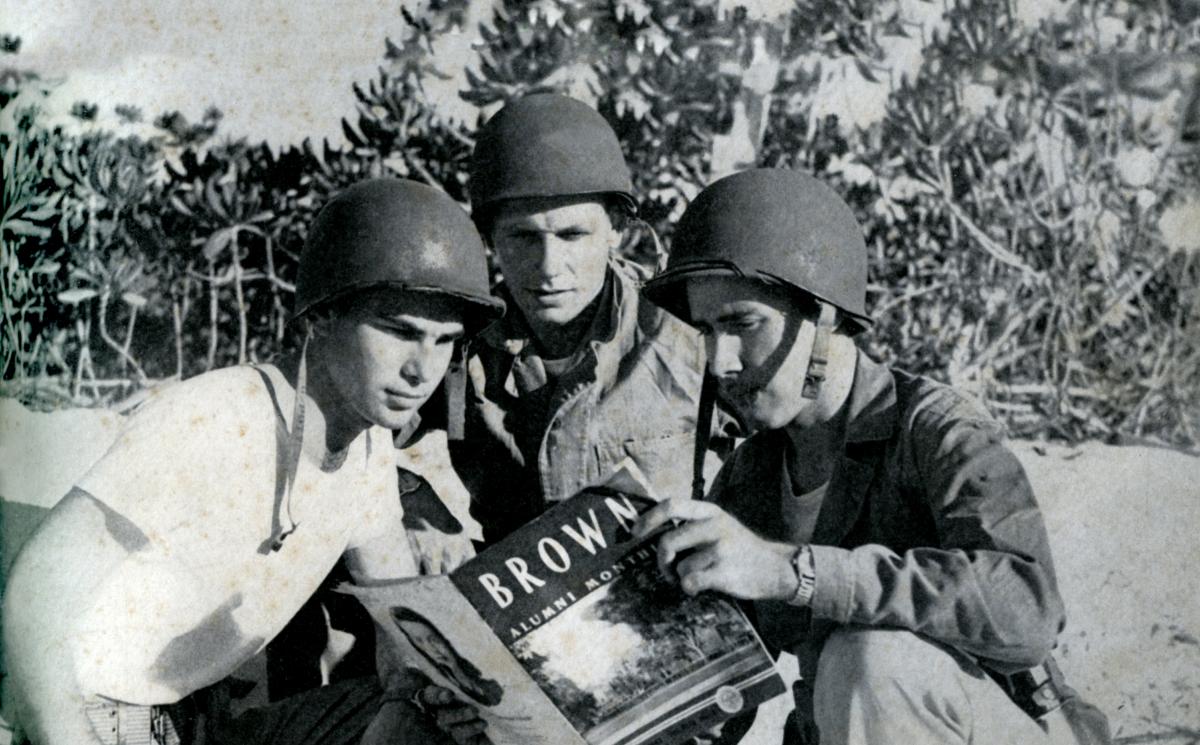 A Seat at the Table

Like so many good ideas, this one hatched over food. Around the turn of the twentieth century, a small group of Providence professionals and business leaders, who also happened to be Brown alumni, were in the habit of meeting for lunch at the University Club, just down the hill from campus. Not surprisingly, one frequent topic of conversation was their alma mater, about which the men had strong views.

One member of the group, Robert P. Brown, Class of 1871, perhaps inspired by the liveliness of the chats, decided to open them to a much larger group by starting a magazine. He appointed as editor a fellow luncheon attendee, Henry Robinson Palmer, Class of 1890, who would become the chief editorial writer at the Providence Journal. Brown and Palmer published the first issue of the Brown Alumni Monthly in June 1900, which stated that the magazine’s purpose was “to bring the university and its graduates into closer touch and sympathy.” When Brown died, he left The Brown Alumni Monthly Inc. to Palmer, who ran the magazine for the next thirty-one years. (Continuity seems to have been prized: there have been only six editors in the magazine’s 114 years.)

Eventually, the magazine’s staff and many Brown alumni came to believe that not enough alumni were reading the Brown Alumni Monthly (BAM). As a paid-subscription magazine, it had sold at most 3,000 subscriptions (not too shabby, actually, considering that there were 13,000 living male alumni at the time). As a way of broadening the BAM’s reach, in 1930, Palmer, nearing the end of his time as editor, gave the magazine free and clear to the Associated Alumni, precursor of today’s Brown Alumni Association.

The Associated Alumni soon hatched a scheme to distribute the magazine free to all alumni. But money was tight, and Brown was reluctant to pick up the tab. Not until July 1945, in fact, did the Corporation finally approve a plan under which The Brown Alumni Magazine Inc. would be dissolved and the magazine, now legally owned by Brown, would be distributed to all alumni. 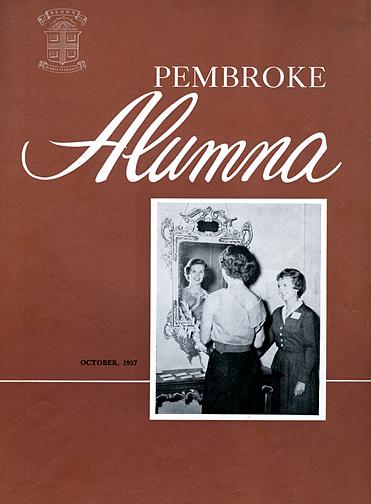 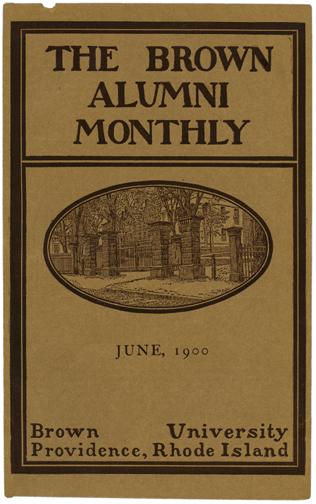 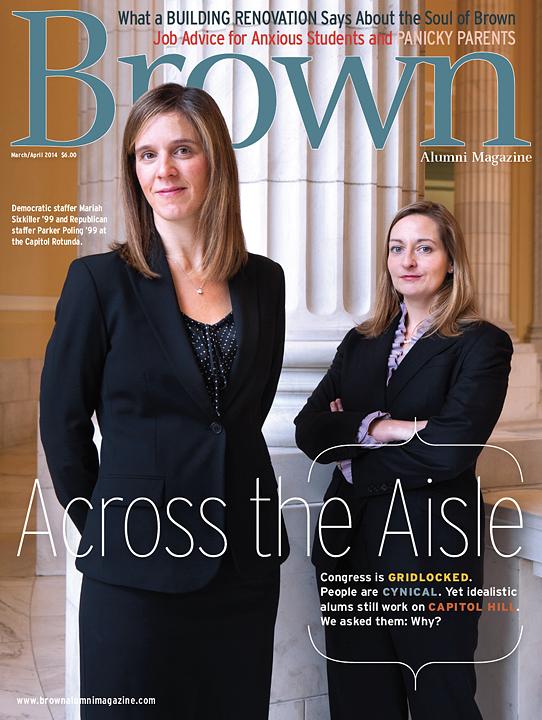 But there was one major concern. The directors of The Brown Alumni Magazine Inc. believed that the magazine’s success came directly from its editorial integrity and quality, which are the BAM’s most precious assets. An agreement was reached under which the BAM would be housed at Brown and its staff considered University employees, but, in the words of final proposal the Corporation approved, “The direction of the editorial policy and content of the Brown Alumni Monthly [will] be vested in a Board of Editors” made up of alumni. In addition, the University would designate the BAM’s editor “with the approval of the Board of Editors.” Beginning with the July–August 1945 issue, the Brown Alumni Monthly (which was never published monthly, but came out as many as nine times a year) was distributed free to all men who had attended Brown, instantly increasing its circulation from 3,000 to more than 13,000.

But what about the women? In 1928, the year the women’s college adopted the Pembroke name, women could read the Brown Alumnae News Letter, which started out as five mimeographed pages and which by 1932 had grown to eight pages illustrated from time to time with a photograph or two. Eventually, in February 1950, the publication became a bound magazine whose name was the Pembroke College News Letter. (In a bit of indecision, it was occasionally called the Pembroke News Letter and Alumnae Record.) In 1957, it became the Pembroke Alumna, which was published quarterly until October 1971, when it merged with the BAM as part of the consolidation of Pembroke and the men’s college.

In the decades since then, the BAM’s board of editors has grown to fifteen members—all leaders of the publishing industry. (Recent chairs have been Robert Safian ’85, editor and managing director of Fast Company and Dana Cowin ’82, editor-in-chief of Food & Wine.) As the magazine’s circulation has grown—to 106,000 in 2014—BAM readers have become an increasingly important piece of its financial foundation.

Now recognized as one of the best alumni magazines in the country, the BAM (it became the Brown Alumni Magazine in 1997) has won dozens of national awards for its editorial and design excellence, and has been named the Robert Sibley Magazine of the Year, the highest award for alumni magazines, five times under three different editors.