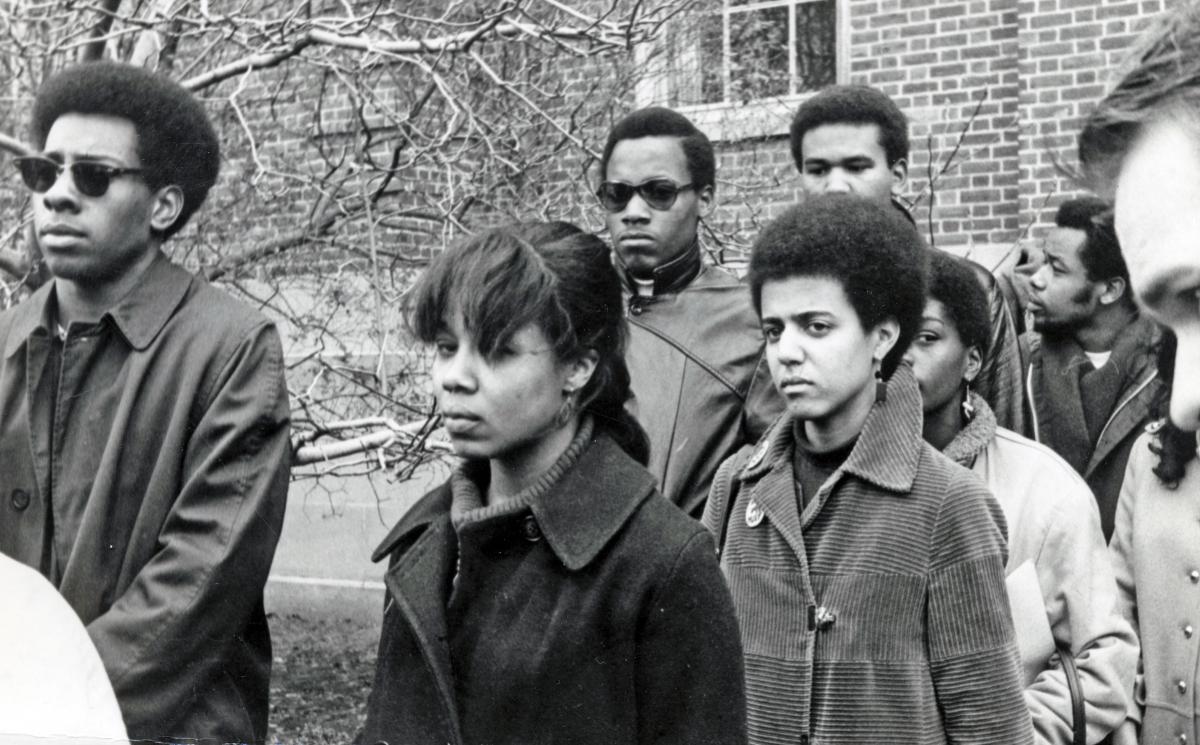 This historical account of the Brown Center for Students of Color's (formerly the Third World Center) evolution is taken from “2003 Planning for the Third World Center at Brown University Report,” authored by Karen McLaurin-Chesson ’74, Janina Montero and Kisa Takesue ’88 with commentary added recently by Mary Grace Almandrez, current Center director and Assistant Dean of the College.

In 1968, Brown University’s African American students staged a walkout. Among their demands was the establishment of an Afro House. Subsequently, in 1969 the University allocated a house on Bowen Street for the Afro Society, to foster awareness within the Brown community regarding the concerns and needs of African American students and to give these students space to house resources, host activities and hold social events.

In 1972, Afro House was relocated to the basement of Churchill House. In the mid 1970s, minority students began to build new coalitions and renamed themselves “Third World” students to emphasize their commonality across cultures and to evoke Franz Fanon’s “Third Way,” a cultural model of empowerment and self-definition. In his book, The Wretched of the Earth (1961), Fanon urged people to come together against oppression and colonialism and forge a “Third Way,” or alternative to the First World (US and Europe) and to the Second World (former USSR and Eastern Europe). The Third World Center (TWC) at Brown University, established in 1976, was designed to serve the interests and meet the needs of students of color and to promote racial and ethnic pluralism in the Brown community.  The TWC was renamed and rededicated in 2014 as the Brown Center for Students of Color.

During the next few years, the increased number of African American, Asian American and Latino students became too great for Churchill House. In 1985, in addition to pursuing other agendas, students engaged in protests and demonstrations, urging University officials to provide a more adequate facility to accommodate Third World programs in a location more central to campus. In the spring of 1986, the Third World Center was relocated to Partridge Hall, directly across from Faunce Arch and the College Green, where it remains today under its new name.

After nearly 40 years, the Center continues to serve as a gathering place for communities of color to visualize, vocalize and mobilize for social justice. These communities are encouraged to build meaningful relationships across difference, develop a critical consciousness of their racial and ethnic identities and practice their leadership. Signature programs include Minority Peer Counselors, Third World Transition Program, Heritage Series, Latino Commencement, ONYX Rites of Passage and ALANA Mentoring. New programs have also emerged such as faculty fellowships, graduate internships and community partnerships to bring together scholars, community leaders and youth of color. The Center is primed for innovation and transformation. In 2014, the Center launched a new vision, mission, and five-year plan, inclusive of its new name.

The Brown Center for Students of Color has had nine directors: