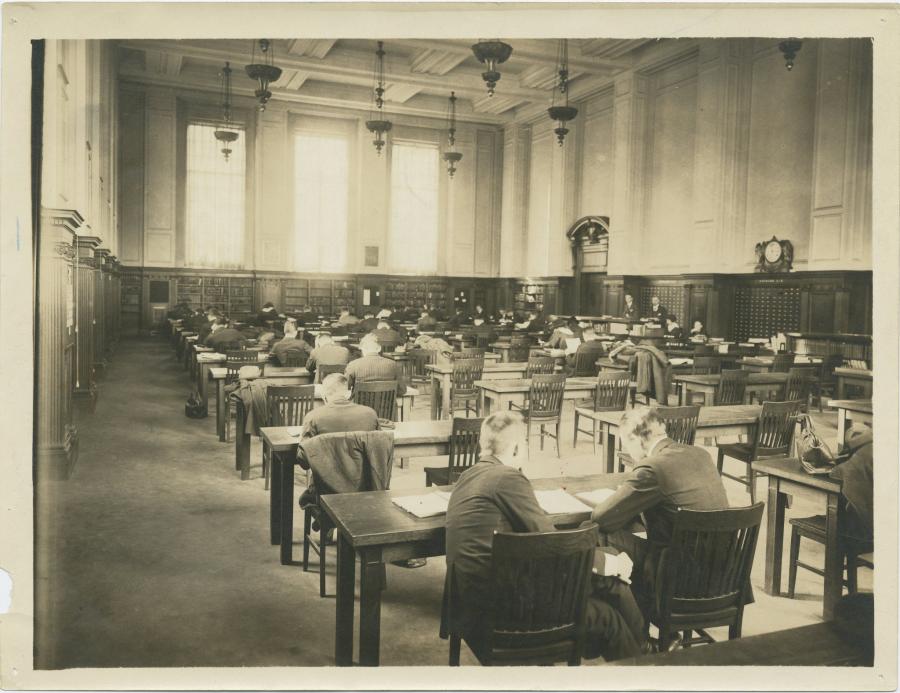 “If the library is spacious, convenient, inviting, affording opportunity for quiet work in the presence of great stores of human learning, it will constitute in itself an educative power of no small magnitude, and will stimulate and invigorate every department of study.”

The John Hay Library was built to take over the role of main library from the outgrown “New Library” (later Robinson Hall), although the Hay itself only ended up serving that role for just over 50 years. Built of white Vermont marble, the facility was named for John Hay at the request of his friend and donor to the construction, Andrew Carnegie. After graduating in 1858 as Class Poet, John Hay went on to serve as a personal assistant to Abraham Lincoln. After Lincoln’s assassination, Hay became his biographer and also served as U.S. Secretary of State. A tribute to Hay in the library that bears his name reads: “Poet, Historian, Diplomatist, Statesman, who maintained the Open Door and the Golden Rule." When the Rockefeller Library opened in 1964, the Hay Library shifted its focus to housing rare books, special collections, and the University Archives.