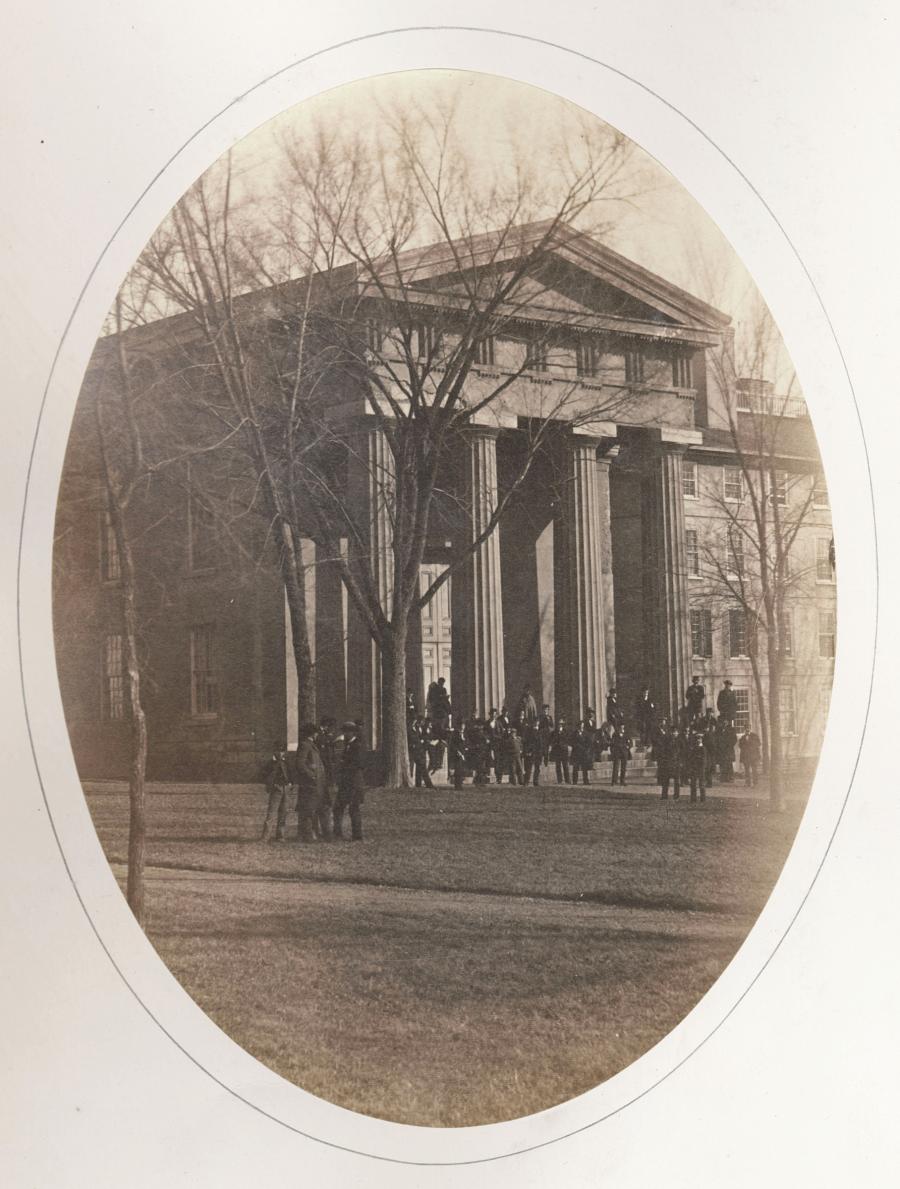 “Standing in front of Manning Hall, you can see at a glance the evolution of American libraries, beginning with the small, locked space in University Hall, then Manning, on to the fireproof construction of Robinson on Waterman Street, the clubbiness of the John Hay on Prospect, and across College Street, to the transparency of the Rock. It is a case study in brick, stucco, marble, structural steel, prefabricated concrete panels, and glass that documents the radical transformation of libraries, the nature of knowledge, and who has access to it.”

The third campus building, Manning Hall, was completed in 1834 as a dedicated library on the lower floor and a chapel on the upper floor. The building brought a new architectural style to campus. Referencing Classical Greek architecture, the building’s design was modeled after the temple of Diana-Propylea in Eleusis, although Manning Hall is twice the size of the original. This new “temple of knowledge” featured stuccoed walls and solid Doric columns. The library collection would soon outgrow this first home and be relocated to the new Robinson Hall in 1878. Today, Manning Hall features a re-built chapel upstairs and the Haffenreffer Museum of Anthropology on the first floor.