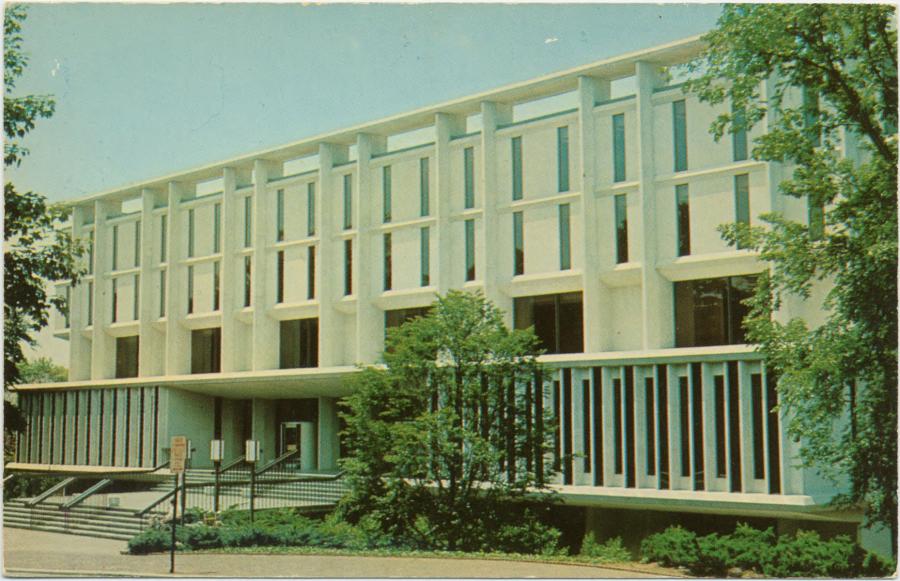 “During Father's lifetime, he consistently refused to accept honors or have his name memorialized in any way. Nevertheless, I am convinced that he would have been greatly moved by this unsought and genuine expression of his Alma Mater's esteem. And I think he would have hoped, too that this memorial at the College he attended would serve as a reminder to others of all that Brown meant to him. For here he formed friendships that endured throughout his life, and here were instilled in him many of those attitudes and beliefs which became the foundation of his philosophy of life and his creative philanthropy.”

–David Rockefeller, at the library dedication (1964)

Brown’s newest library, the "Rock", was dedicated in 1964 in conjunction with Brown’s bicentennial and built to house collections in the humanities and social sciences. Constructed of pre-cast concrete panels, the storage capacity of the new building was 1,500,000 volumes, nearly twice the number held at the time. The library was named in honor of John D. Rockefeller, Jr., Class of 1897. The only son of one of the world’s most successful entrepreneurs, Rockefeller “found himself” at Brown and credited his experience at the University with informing his lifetime of philanthropy.