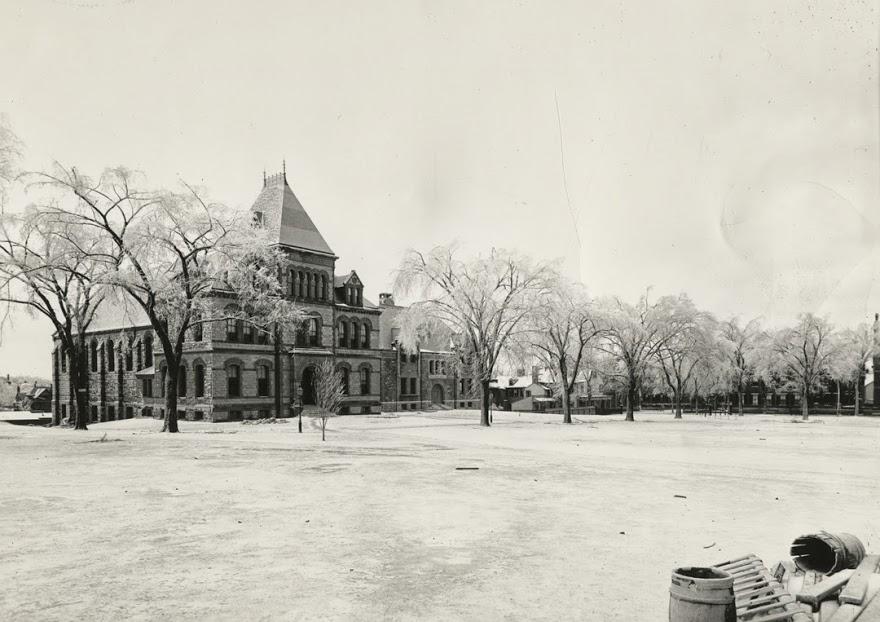 “The building is to…commemorate the virtues of one, who, though dying young, had lived long enough to appreciate the value of learning…”

Built in 1881, Sayles Hall was built with a donation from W.F. Sayles to memorialize his son, William Clark Sayles, who died at Brown in 1876. The granite and brownstone building took over the function of chapel from Manning Hall and also served as the University’s largest assembly hall for many years. It also serves as the University portrait gallery which includes portraits of presidents, among others. The famed Hutchings-Votey organ in Sayles was donated by Lucian Sharpe, Class of 1893, in honor of his parents in 1903. It is the largest organ of its type still in existence.