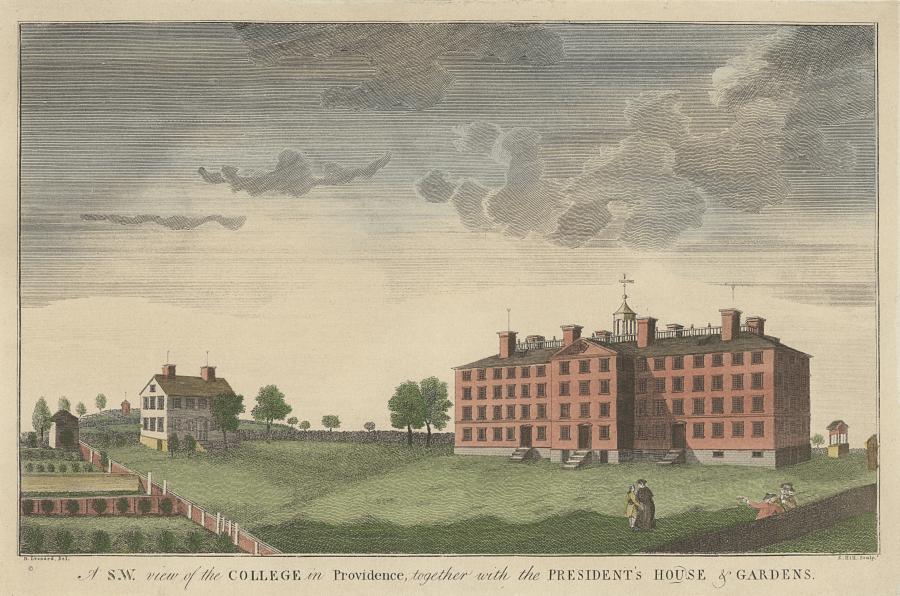 “[The Corporation has built] a College near as large as Babel; sufficient to contain ten Times the Number of Students that ever have, or ever will, oblige the Tutors of that popular University with Opportunity of educating, or instructing them."

“May University Hall, in the simplicity and just proportion of its form, the solidity of its structure, the efficiency of its service, and the refinement and dignity of its manner, be to all who enter its doors, as to the passer-by who looks upon it, fit symbol of the University as it was, and is, and is to be!”

–Professor of American History William MacDonald at the post-restoration dedication, 1905

Originally known as the College Edifice, the building that would be called University Hall (once there were other buildings on campus) initially served all the functions of the new college. For the first fifty years, the College Edifice was classroom, office, dining hall, library, chapel and dormitory. The building was likely designed by Joseph Brown, the Brown family’s “gentleman-architect” and was built on the crest of what would become known as College Hill in 1770. Embodying the hopes and dreams of the Baptists as well as the citizens of Rhode Island, it was the largest building in the state at the time. The building was subject to several renovations over the years, including the application and then removal seventy years later of a coating of dark green stucco. In 1939, the building was substantially reconstructed and converted to administrative function. University Hall was designated a National Historic Landmark in 1963.