Preliminary Plan for the College Edifice 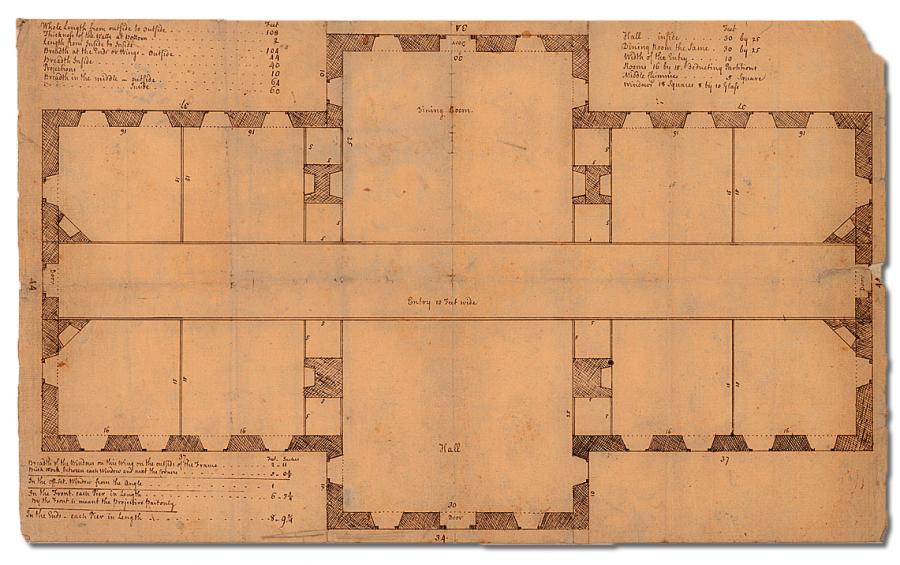 Soon after the selection of Providence as the site for the College, construction began on a building to house it, known first as the College Edifice and later as University Hall. The Browns were involved in this effort as well: Joseph Brown was the likely architect, Nicholas Brown and Company took charge of the construction, John Brown laid the cornerstone, and the building was set on land that had once been owned by their great-grandfather Chad Brown. Drawn by Silas Downer, 1770.