Bill for Use and Damages 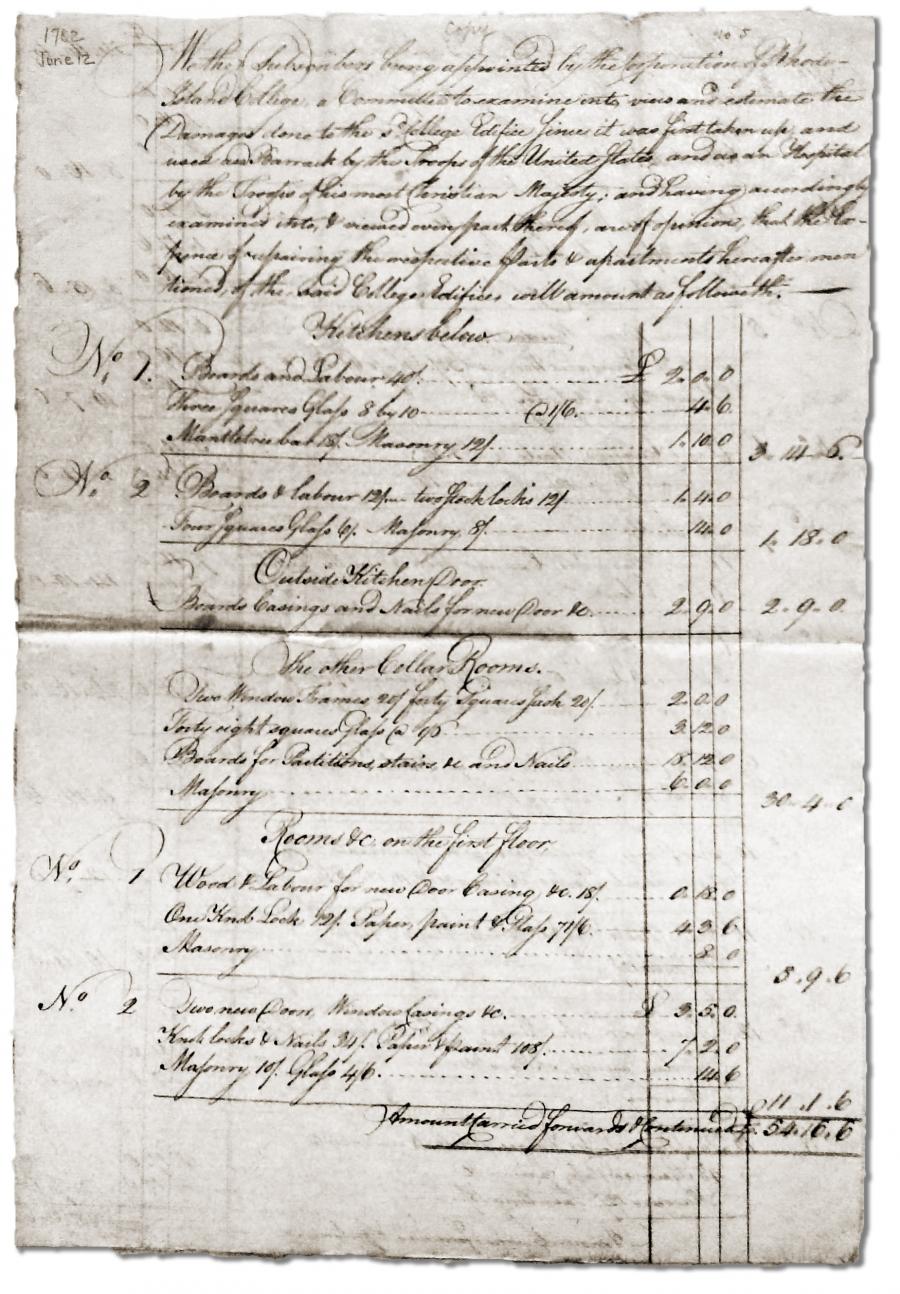 After the war, the Corporation presented a bill for 1,309 pounds, 3 shillings, and 2 pence to the United States government for the lengthy use of the campus and for significant damages done to the College Edifice by the occupying troops. After no action was taken, the bill was resubmitted ten years later and finally paid in 1800, although without the requested interest, which would have more than doubled the amount due.