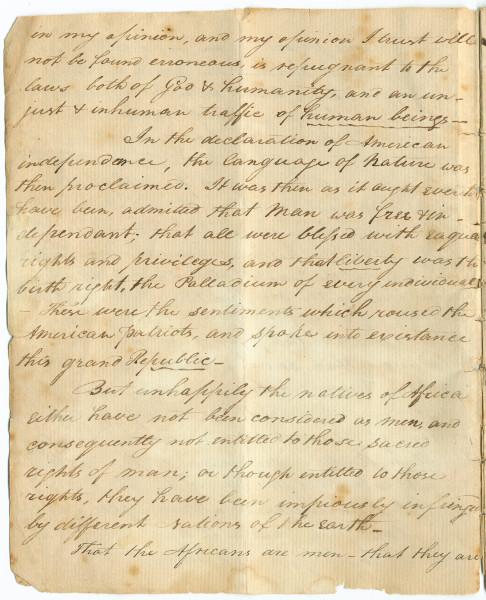 The growing controversy over the morality of the transatlantic slave trade in the late eighteenth century engaged the college campus. At the 1798 commencement ceremony, senior James Tallmadge delivered this “oration upon the infringement of the rights of man.” In the speech, Tallmadge mocked the various claims of the trade’s defenders (some of whom were likely sitting in the audience), dismissing such arguments as feeble rationalizations designed to disguise “avarice” and “appease a corroding conscience.” Tallmadge later earned distinction in the U.S. House of Representatives for his opposition to the extension of slavery into the western territories.