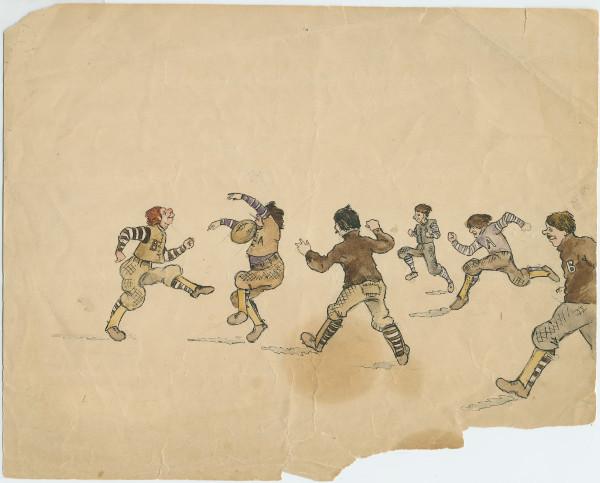 Brown played its first intercollegiate game in football against Amherst College. The Brunonian attributed Amherst’s win to a favorable wind, a lucky kick and two goals gained “by the practice of a somewhat doubtful expedient.” Not to mention the newfangled Amherst uniforms of which it was said: “When our men got hold of an opposing runner, the jersey stretched and he either pulled away completely or added four of five yards to his journey."