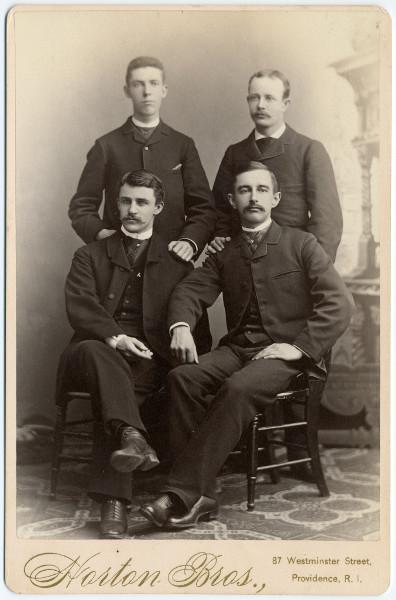 Charles Evans Hughes, Class of 1881, stands on the left in this photo, along with his fellow Brunonian editors. After graduating from Brown, he went on to serve as Governor of New York, Secretary of State and as a Supreme Court Justice. He left the court temporarily when he was nominated as the (ultimately unsuccessful) Republican candidate for President (1916). He is the only Brown graduate to run for President of the United States.