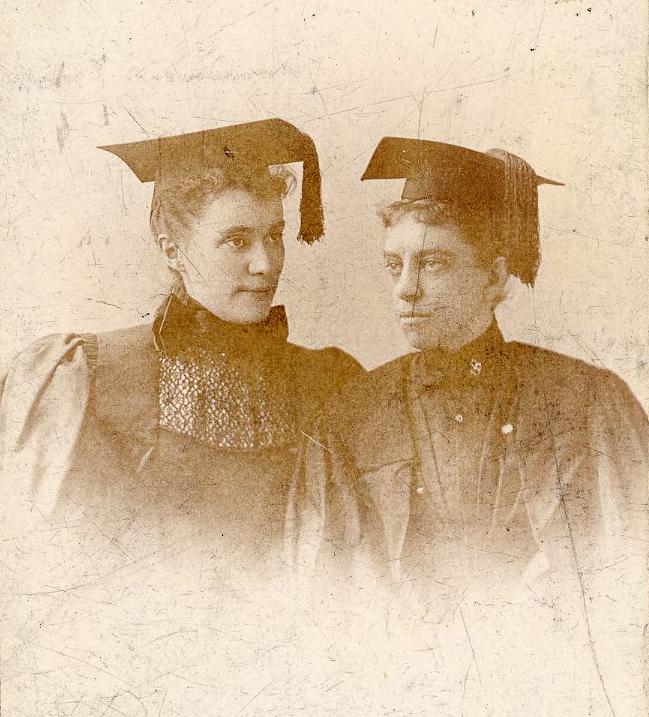 In 1894, Mary Emma Woolley (left) and Anne Tillinghast Weeden became the first female graduates of Brown. Mary Woolley earned a master’s degree from Brown in 1895 and went on to serve as the president of Mount Holyoke College from 1901 to 1937. She was recognized as a leader in higher education and awarded eighteen honorary doctorates in her lifetime, including one from Brown.