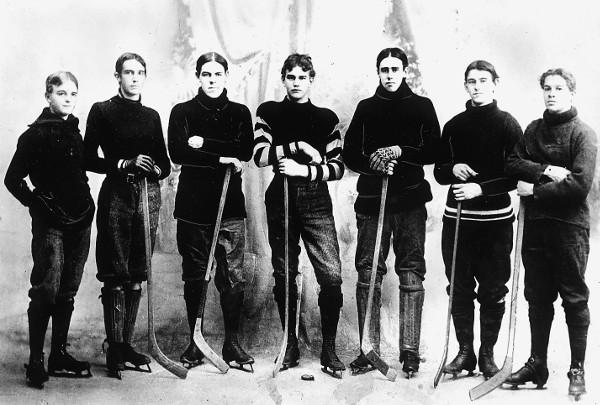 In the late 1800s, Americans were playing ice polo, a game similar to ice hockey but with shorter sticks and a ball instead of a puck. In 1894, four Brown ice polo players traveled to Canada to learn the game of ice hockey. Upon their return, they introduced the sport to the United States. On January 19, 1898, Brown defeated Harvard 6–0, beginning college hockey’s oldest continuing rivalry.