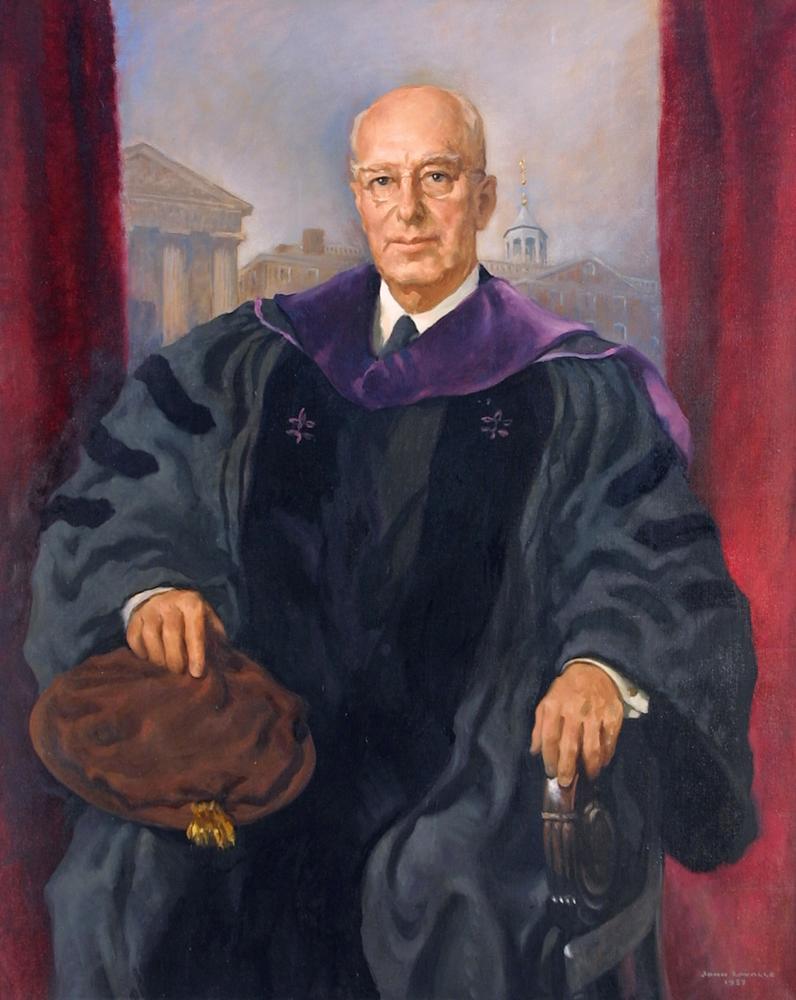 Benefitting from a change to the Brown Charter that allowed for a non-Baptist to assume the presidency, Henry Merritt Wriston was the first non-Baptist, but also the first president (since Manning, of necessity) who was not a Brown alumnus. Through his efforts, Wriston achieved unprecedented improvement in Brown’s reputation, succeeding in his goal to “get Brown off the defensive in the matter of its public image–in short, to awaken a decent pride.” The number and quality of applicants improved under his administration as did Brown’s image as a leading university and research center. Wriston established the temporary Veterans College after World War II and also was instrumental in the construction of the residence quadrangle that now bears his name.