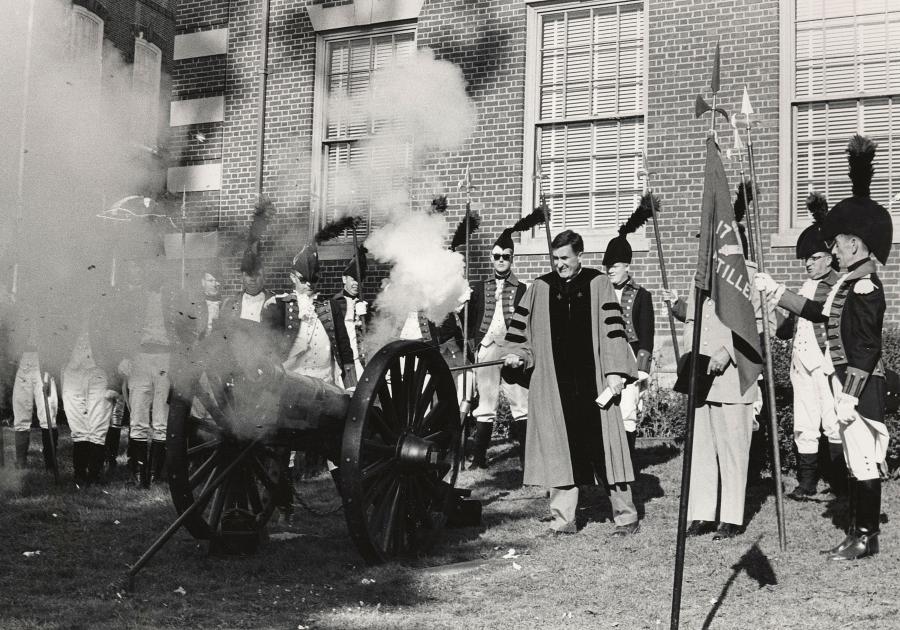 To kick off the 18-month celebration of Brown’s 200th anniversary, Governor John H. Chaffee delivered the greetings of the State of Rhode Island and a proclamation of Brown’s Bicentennial year. He then assisted the gunners of the Artillery Company of Newport in firing a salute. Later that month, the President of the United States, Lyndon B. Johnson, delivered an address on campus. He was the first president to visit Brown since George Washington in 1790.