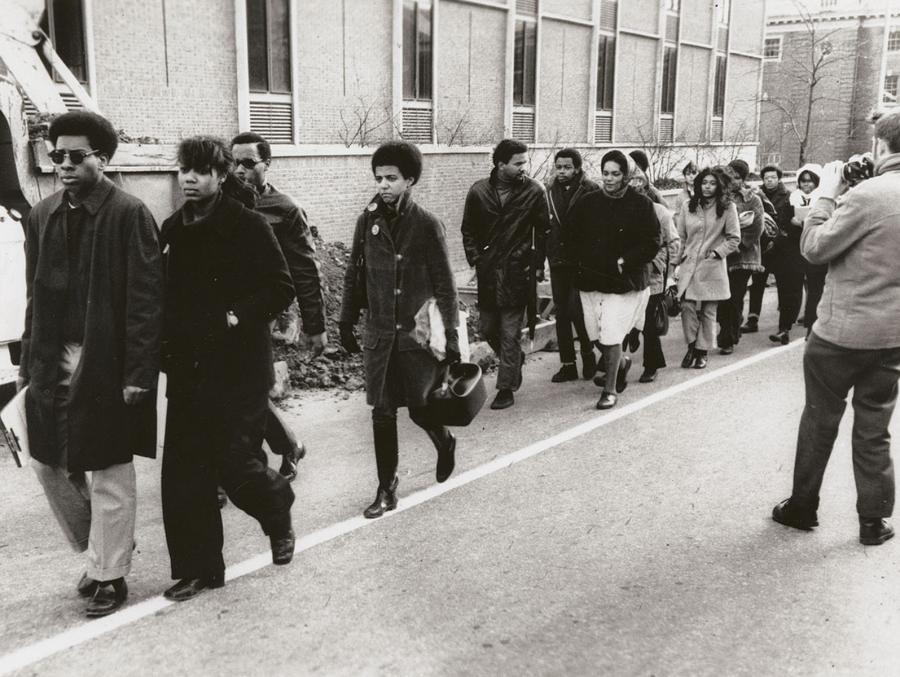 In 1968, 65 of the 85 African American men and women enrolled at Brown marched down College Hill to the Congdon Street Baptist Church to protest the small number of black students admitted to the University as well as a lack of support when they attended. At the time, only 2.3 percent of Brown students were African American; the protestors demanded a path to raise that number to 11 percent, to match the U.S. population overall. After the students had remained at the church for three days, the Heffner administration agreed to take steps to increase African American admissions, staff and financial aid, but the University would face pressure on these same issues again in 1975.