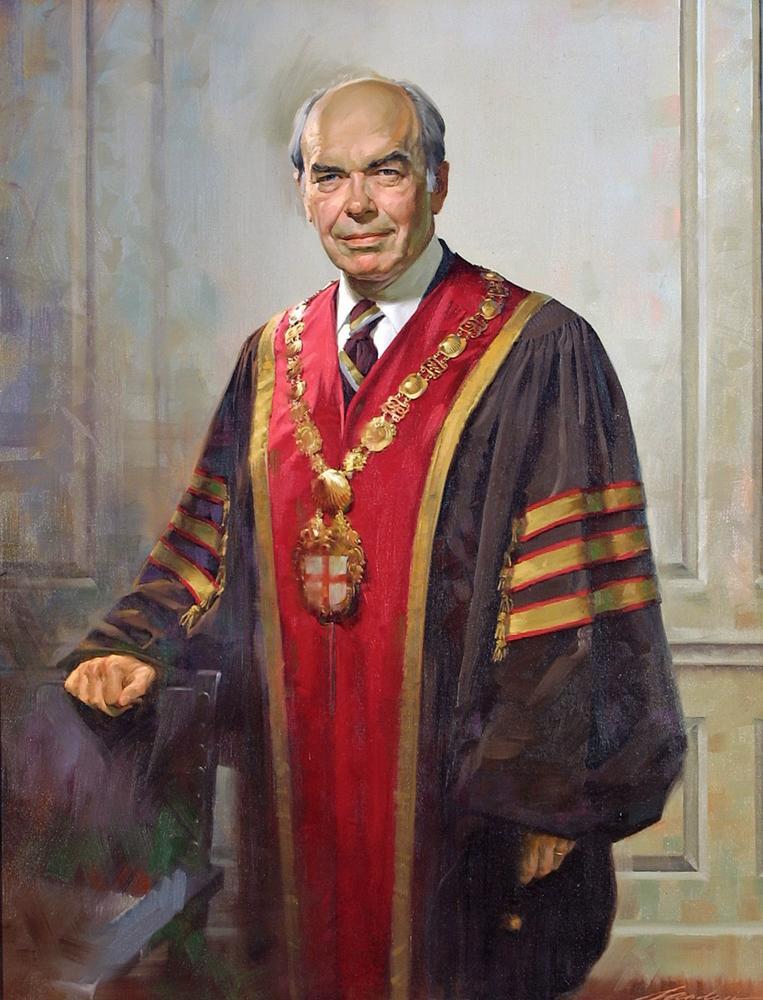 Arriving at Brown from his role as Vice President at the Eastman Kodak Company, Donald F. Hornig was the first president to come directly from industry, although he had previously served on the faculty in chemistry and as Dean of the Graduate School. Facing student unrest and a falling endowment, he announced a period of retrenchment. President Hornig presided over the merger of the (men’s) college and Pembroke as well as the development of the medical school, while also improving Brown’s financial position through targeted, although frequently unpopular, spending cuts.