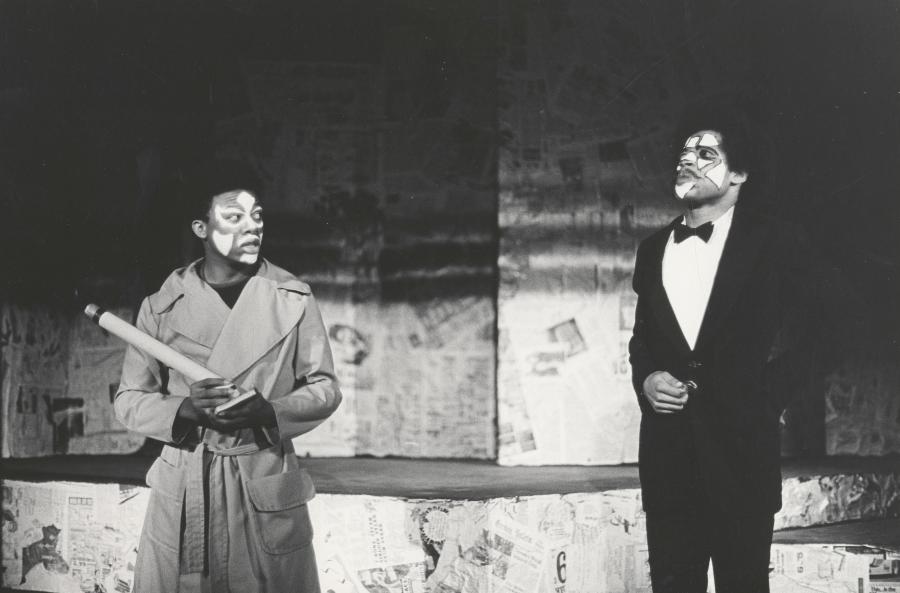 One of the oldest continuously performing black theaters in the nation, the Rites and Reason Theatre was founded by Professor George Houston Bass in 1970. After a few seasons of performing existing works, they developed the Research-to-Performance Method. This collaborative approach engaged scholars, writers, and community members in the creation of new works. The first of these works, The Providence Garden Blues, was based on an independent study in which Professor Rhett S. Jones’ students interviewed local African Americans on the subject of race relations in Providence in the early 20th century. In 1973, the theater moved to a permanent home in Churchill House and in 1975, the theater became part of the Program in Afro-American Studies (today’s Department of Africana Studies).