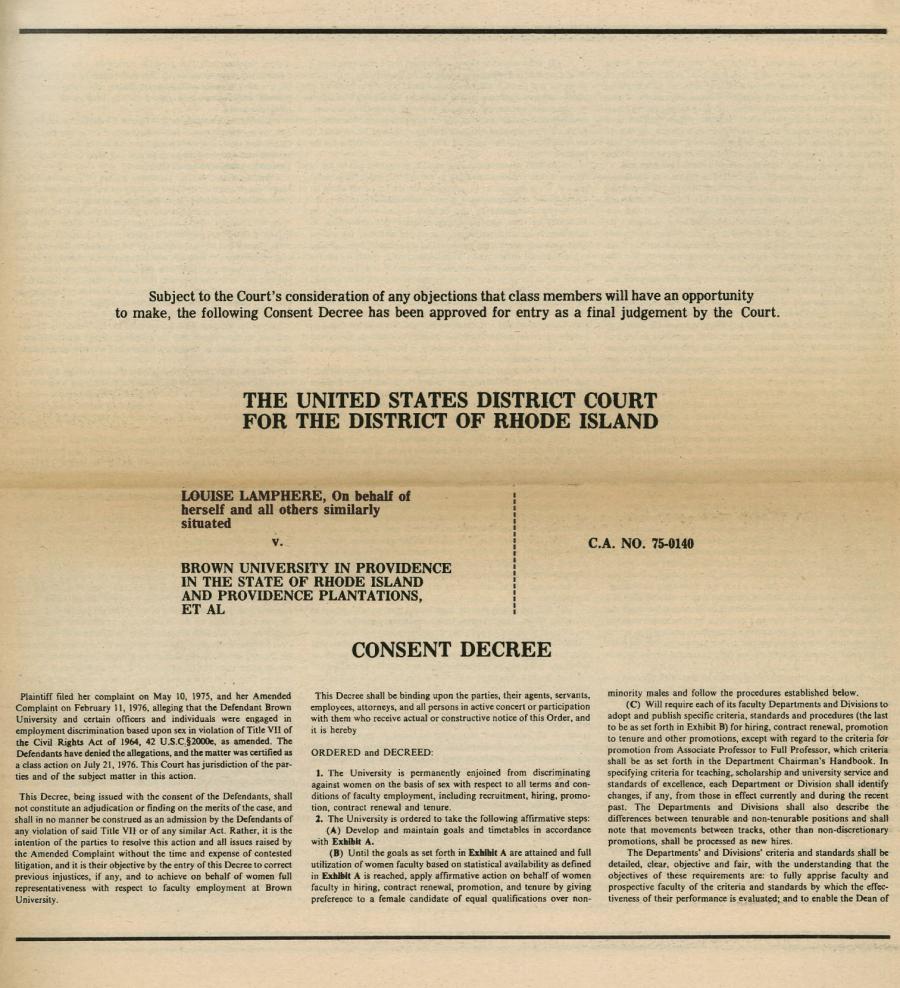 After being denied tenure by the Anthropology Department, assistant professor Louise Lamphere filed a class action lawsuit against Brown in 1975, charging the University with systematic discrimination against women. Brown ultimately settled the suit by means of a consent decree, with specific procedures for hiring and promoting faculty. As a result, tenured female professors increased from 12 in 1977 to 67 in 1992. In 2008, Lamphere donated $1 million to Brown to establish a visiting professorship in gender studies.