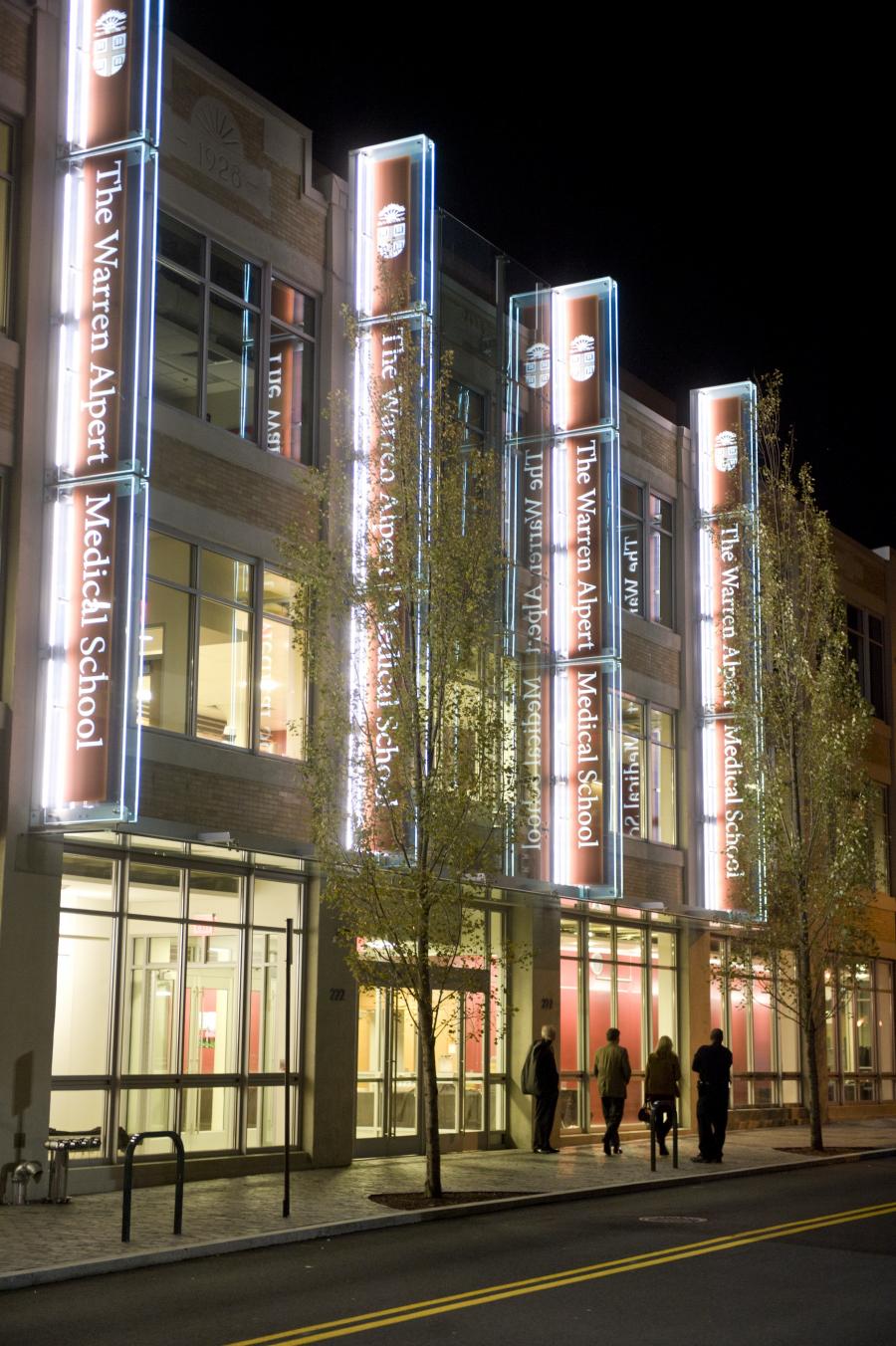 After receiving a $100 million pledge from the Warren Alpert Foundation in 2007, the Brown Medical School took on a new name and began work on a new home. The Alpert Medical School opened its new 134,000-square-foot facility in August 2011 in Providence’s Jewelry District, ushering in a new period of growth in enrollment and programming.